WHAT TO WATCH ON TV
Stream On: What’s Jerry Seinfeld done for us lately? 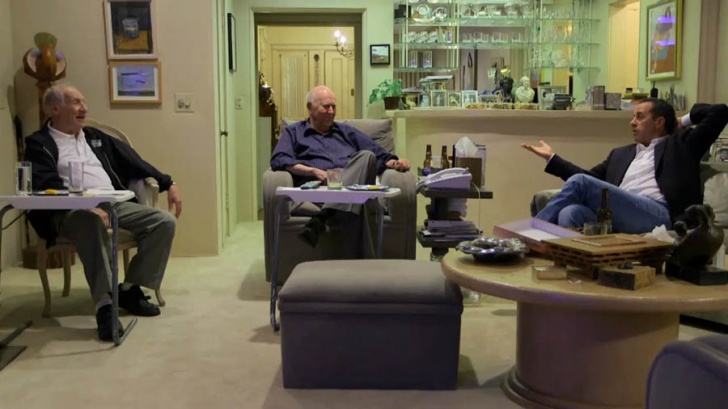 Jerry Seinfeld went from being a hopeful stand-up comic on “Celebrity Cabaret” in 1977 to hanging out with legends Mel Brooks and Sid Caesar. (IMDb)

Onetime stand-up comedian Jerry Seinfeld is not one to rest on his laurels. After creating, with friend Larry David, and starring in one of the most highly regarded TV shows in history (and making enough money to never have to work again), he continues to follow his muse. After the last episode of Seinfeld, he wrapped it up with an HBO special, and set his sights on big-screen Hollywood. He did quirky commercials for American Express and created a reality TV series, The Marriage Ref, before embarking on his current project, in which he takes fellow comedians out for coffee and conversation.

Uber-New Yorker Jerry Seinfeld had to move to Los Angeles for a decade while he worked on Seinfeld. He moved back as soon as he could and went on a stand-up “comeback” tour, filming a set in the Broadhurst Theatre in Manhattan.

The HBO special of the performance opens on an outdoor funeral, with many of the greatest comedians of the day appearing as mourners: Alan King, George Carlin, Robert Klein, Garry Shandling, Ed McMahon, Paul Reiser, Jay Leno, George Wallace and Larry Miller wail with grief as he riffs on his career in front of an open casket containing notebooks full of material. Alan King says to George Wallace, “I don’t know how he does it! Walks away from his show, walks away from his act—are you sure this kid is Jewish?” Wallace replies, “Oh, he’s Jewish! Don’t ask me how I know!” Meanwhile Garry Shandling is surreptitiously pocketing notes from the coffin.

Then we see Jerry onstage, where he does an hour of stand-up, including shtick and themes from on his late TV show.

He does a bit on Halloween: “Candy was my whole life when I was a kid. The only clear thought I had was ‘Get candy!’ Family, friends, school, they were just obstacles in the way of the candy. So the first time you hear the concept of Halloween as a kid, your brain can’t even process the information. ‘Who’s giving out candy? Everyone that we know is just giving out candy? Take me with you! I’ll do anything you want! … okay, I can wear that!

“I remember, on my Superman costume, there was a little label: ‘Do Not Attempt To Fly.’”

Here’s the trailer, which is the opening funeral sequence. 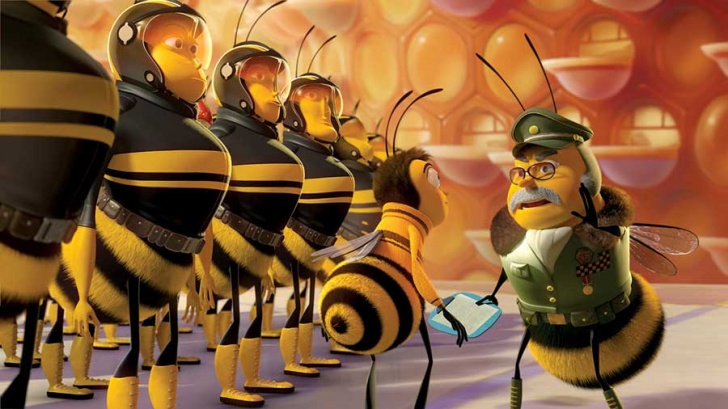 Barry B. Benson (Jerry Seinfeld) has recently graduated from college and is about to enter the hive’s Honex Industries honey-making workforce, when he learns some troubling information. (IMDb)

“According to all known laws of aviation, there is no way that a bee should be able to fly. Its wings are too small to get its fat little body off the ground. The bee, of course, flies anyway. Because bees don’t care what humans think is impossible.”

So begins Bee Movie, which Jerry co-wrote, starred in, and produced with Christina Steinberg and Cameron Stevning. Barry B. Benson (Seinfeld) is a young bee who is uninterested in the jobs available in the hive. He goes out with some of the honey jocks on one of their pollinating trips, and meets a human (you have to be there).

Barry gets to know Jessica, and learns of the remarkable technology that humans have. Barry: “You can freeze and record live TV?” Jessica: “You don’t have Tivo?” Barry: “We have hivo—but it’s a disease.”

But when Barry sees hundreds of jars of honey in a store, he’s appalled that humans are routinely stealing such quantities of honey from bees.

He meets Mooseblood (Chris Rock), a mosquito, on a windshield, before jumping onto a truck and catching a ride to a honey farm. The horrifying human-built hives look like something out of The Matrix, and when he gets back home, Barry decides to “sting the humans where it really hurts”–by suing them for stealing honey. 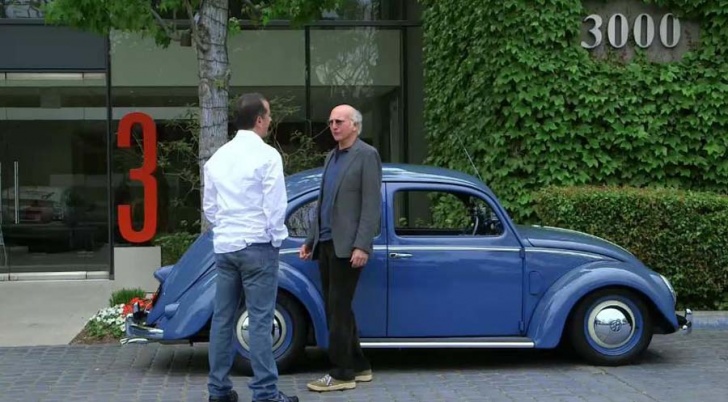 Jerry’s current project involves three of the loves of his life, cars, coffee and comedy. He owns about 150 cars, including a collection of Porsches, which he keeps in a $1.4 million two-story garage he built on the upper west side of Manhattan. He has a collection of espresso machines including a $17,000 Elektra Belle Epoque and an $8500 Slayer machine. And he dabbles in comedy.

In each episode of his current Netflix series, he takes a comedian out for coffee in a car that matches their personality. In the first episode he picked up Larry David, whom he hadn’t seen in some years, in a 1952 Volkswagen Beetle, for pancakes in L.A. They exchanged anecdotes and hilarious small talk in a coffee shop, the same format as in most of the other episodes.

Sometimes he departs from the formula—in D.C. he picks up Dave Chapelle in a 1973 Citroën SM, but on the way to the diner, they stop at Dave’s old high school, where Dave drops off an Emmy for the school’s display case. After taking Carl Reiner out, Jerry and Carl have dinner with Mel Brooks.

Jerry has had coffee and laughs with Seinfeld regulars Julia Louis-Dreyfus, Michael Richards, Wayne Knight, and more than 70 other comedians. He takes Jerry Lewis to The Omelet House in Las Vegas in a Jaguar XKE, and Don Rickles to Factor’s Famous Deli in Las Vegas in a 1958 Cadillac Eldorado. Here’s a trailer.

Next time, The Outer Banks Channel is available on Roku and Fire TV. Email me and follow Stream On OBX on Twitter and Pete Hummers on the Outer Banks Network.