‘Sometimes you have to make hard decisions’

Dare Control Group at center of the COVID-19 crisis 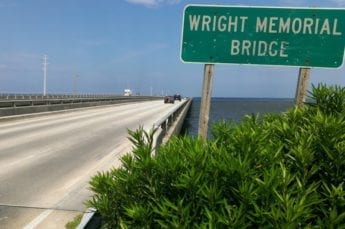 The Control Goup’s decisions on entry to the county have been praised and criticized.

In mid-March, the Dare County Control Group was thrust into the midst of heated public debate when its members agreed to restrict entry by visitors and non-resident property owners in an effort to slow the spread of the coronavirus. Consisting primarily of the chairman of the Dare County Board of Commissioners and the county’s six mayors, the group has remained at center stage ever since – both applauded and criticized for its decisions during the pandemic.

The Dare Control Group has become a household name during major storm events that require coordination between the county and municipalities, convening to make what are potentially life-and-death decisions on multi-jurisdictional states of emergency, evacuations and re-entries. Indeed, the group, which does not meet in public, has been at the center of local emergency operations since the mid-1980s.

The Control Group chairman, currently Dare County Commissioners Chair Bob Woodard, calls the group of elected officials together. Also in the group are Dare County Commissioner Danny Couch, who represents Hatteras Island, the county sheriff and the superintendent of Cape Hatteras National Seashore. Other officials, often the county’s emergency management director or in the case of the COVID-19 pandemic, Dare County Health and Human Services Director Sheila Davies, will brief the Control Group on the crisis at hand.

Making decisions in the midst of a dangerous worldwide pandemic is uncharted territory for the Control Group, and during the May 5 Dare County Commissioners meeting, Woodard offered an impassioned endorsement of the group’s work, noting that it had met more than 30 times during the COVID-19 crisis.

“These folks have worked extremely, extremely hard to vet every single situation and issue that was brought before them,” he asserted. “And they’ve made sound decisions.”

According to an expert on local government, the makeup and function of the Dare Control Group are similar to operational models used in other counties across the state.

“It might not be called a Control Group and might be called something different, but it’s pretty common for counties to have some sort of communications mechanism to coordinate with the cities,” said Norma Houston, lecturer in public law and government at the University of North Carolina-Chapel Hill’s School of Government and an expert in emergency management law.

While Houston said she couldn’t provide the number of counties that have groups like Dare’s Control Group, she confirmed that “most” do.

Control Groups and similar bodies exist for two reasons, according to Houston, who also served as the Dare County Attorney in the early 2000’s and as general counsel for N.C. Senate Pro Tem Marc Basnight.

The first is that under North Carolina’ s Emergency Management Act, counties are legally responsible for coordinating emergency management functions among municipalities. The group, which is not a public body and is not subject to the state’s open meetings law, provides an opportunity for county and town officials to discuss the emergency actions the towns are going to take, Houston explained.

“Even though, operationally, cities and towns are subject to coordination with the county for their operations, cities still retain independent legal authority for declaring states of emergency and imposing restrictions and prohibitions,” she said.

As Houston explains it, each municipality has the right to make its own decisions in emergency situations, or they can consent to be part of the action agreed upon by the Control Group, which takes no formal votes and operates by consensus.

The second reason is to provide local decision makers with information in real time – such as National Weather Service bulletins and in the case of the pandemic, public health updates. The group, Houston said, essentially operates in the same way as mayors and county officials would when they meet to discuss economic situations or other issues facing counties at various times during the year.

According to their websites, Carteret and Beaufort counties have Control Groups almost identical to Dare County, while Onslow County officials collaborate with municipalities within the county via phone.

“We currently have a call with our municipal partners twice a week during this crisis to ensure we are all on the same page, and not confusing citizens with recommendations or restrictions that change as you move from unincorporated areas into municipalities,” County Manager Sharon Russell said in an email.

“We always involve local municipalities any time we will be making movement, access or other restrictions that involve all of the areas of the county, or typically with any big policy or financial change,” explained Russell, adding that the county and municipalities have all been discussing reopening plans recently.

Some version of the Dare County Control Group has been around since at least the mid-1980s, says longtime local official Bobby Owens.

Currently the mayor of Manteo, Owens at that time was serving as the chairman of the Dare County Board of Commissioners. He recalls that before the formation of the group and a comprehensive Emergency Operations Center, decisions during storm events typically involved him and few county officials riding along the beach when a hurricane was approaching.

“We would judge by the weather, the wind and everything, and we would decide when to call an emergency…You’re going to laugh at me, but I used to tell people I would wet my finger, stick it out the window and that’s how we could tell what was going to happen,” Owens said with a laugh.

During that time, each municipality and the county government acted more or less on their own when it came to emergencies, he explained to the Voice. “Can you imagine six mayors going six different ways, what would happen to this strip of beach,” Owens asserted. “It’s better to have a centralized group to put it all together…and everybody know what’s going on at all times.”

Although it rarely happens, mayors of municipalities are able to take action that goes against a county declaration or the consensus of the Control Group.

“A mayor has, at times, expressed a different view than others in the discussion,” Dare County Manager Bobby Outten noted.  When common ground can’t be found, he said, then the town that mayor represents does not give consent to the order and does its own order.

“For example,” Outten recalled, “in one of the hurricanes, the issue of curfews came up. Some towns wanted them while others did not, so each town did their own order and dealt with curfews as they saw fit.”

Houston also recalls another instance during Hurricane Isabel when a town within the county banned alcohol sales at a certain point when the others did not.

She said that as the pandemic hit North Carolina in mid-March, counties in the western part of the state were reaching out to her regarding the Dare County Control Group model, noting that  “People have really come to recognize and respect the organization model that Dare County has.”

From his perspective, Owens said the Control Group is essential in order for things to run smoothly county-wide during times of crisis. “Sometimes you have to make hard decisions and I will tell you this…you can’t have six of us mayors going in six different directions and then leave the chairman [of the county board of commissioners] hanging. He’s got a hard job.”