Faces no less than 10 years imprisonment 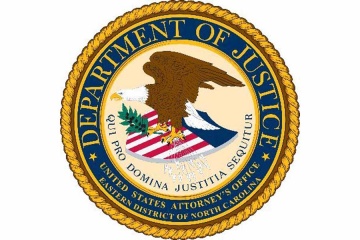 According to court documents, Herndon Hunt Outlaw Riddle, III, 40, conspired with his codefendant Adolphus McClain to distribute five kilograms of cocaine.  McClain previously pled guilty to the charge and is awaiting sentencing.

Riddle pleaded guilty to Conspiracy to Distribute five kilograms or more of Cocaine and faces not less than ten years and up to life imprisonment when he is sentenced during the court’s September 8, 2020 term.

A copy of this press release is located on our website. Related court documents and information are located on the website of the U.S. District Court for the Eastern District of North Carolina or on PACER by searching for Case No. 2:19-cr-00016-D-1.