WHAT TO WATCH ON TV
Stream On: A Tom Selleck trifecta—from private eye to small-town chief to Police Commissioner 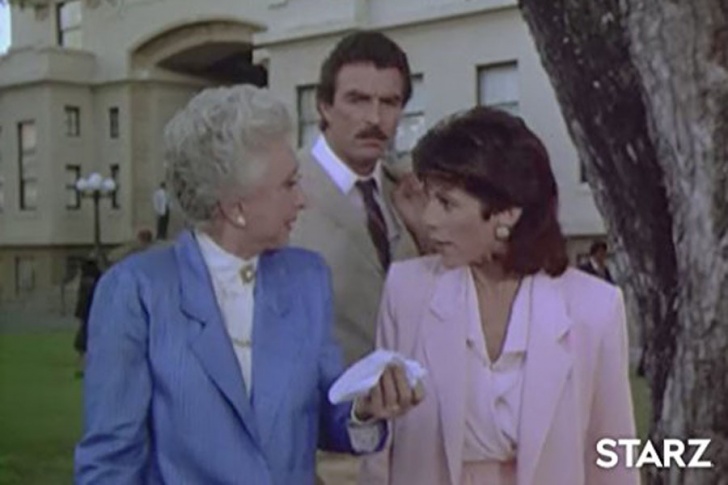 Tom Selleck made the 1980’s a little more bearable in Magnum, P.I. (IMDb.com)

Tom Selleck‘s first television appearance was as a college senior on The Dating Game in 1965. His big break came when he was cast in the lead role as Thomas Magnum in Magnum, P.I. until 1988. (The producers would not release the actor for other projects, so Selleck had to pass on the role of Indiana Jones in Raiders of the Lost Ark.) He’s still hard at work.

According to the Nielsen ratings, Magnum, P.I. consistently ranked in the top twenty U.S. television programs during the first five years of its original run in the United States.

Thomas Sullivan Magnum III, a private investigator, resides in the guest house of a 200-acre beachfront estate called Robin’s Nest, in Hawaii, at the invitation of its owner, Robin Masters, the celebrated, but never-seen, author of several dozen lurid novels. This is quid pro quo for Magnum’s services based upon his expertise in security. (The voice of Robin Masters, heard only in five episodes, was provided by Orson Welles.)

Magnum lives a luxurious life on the estate and operates as a P.I. on cases that suit him. The only thorn in the side of his near-perfect lifestyle is Jonathan Quayle Higgins III, played by John Hillerman. An ex-British Army Sergeant Major, he is on the surface a stern, “by-the-book” caretaker of Robin’s Nest, whose strict ways often conflict with Magnum’s more easy-going methods.

The series was created by Donald Bellisario (JAG, NCIS) and Glen Larson (Quincy, M.E.), and is a light-hearted but exciting and suspenseful alternative kind of police procedural. (Magnum drives a Ferrari that he won from Masters in a bet that he couldn’t steal it from under the nose of Major Higgins.) The show is dated, but very entertaining nonetheless, or maybe because of. Here’s a trailer from the first-sesson DVD set.

This series of Hallmark movies flew under the radar of many of my friends. Jesse Stone was asked to resign from his job as a homicide detective for the LAPD Robbery-Homicide Division because of a drinking problem that began after his divorce. Showing up drunk to an interview for a job as police chief for the small town of Paradise, Massachusetts, Stone is hired because the corrupt president of the town board of selectmen thinks he will be easy to control.

The films are based on the books of Robert Parker, who was better-known as the creator of the Boston detective Spenser. Parker’s novels have been cited by critics and bestselling authors such as Robert Crais, Harlan Coben, and Dennis Lehane as not only influencing their own work but reviving and changing the detective genre.

In the first movie produced (second in the Jesse Stone chronology), Stone Cold, Stone begins to suspect a pair of eccentric artists who have a fascination with violence after random killings occur in Paradise. But when 16-year-old Candace Pennington is brought in to see Stone by her mother and father after she’s been raped, Stone is puzzled by her parents’ reaction to the crime, and wonders if there might be some link between this assault and the murders.

Selleck is, by 2005, heavier, and a tipsy gravitas has replaced cockiness, but the camera might even love him more than in the Magnum days. Here’s a trailer for Stone Cold. 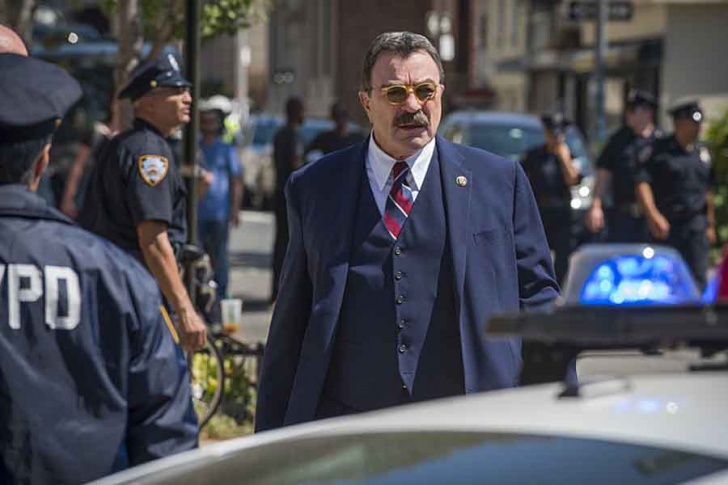 This ongoing series is a master class in ensemble police procedurals. Selleck, who has completed his transformation from cheeky lad to eminence grise (he played President Eisenhower on the way), is Frank Reagan, the New York City Police Commissioner in a family of police. His father, Henry, is the retired commissioner, and his children are a detective, a beat cop…and an assistant District Attorney.

The series has beautiful art direction, and good family-oriented drama which is often gripping. The whole family, including son Danny’s wife and children, and daughter Erin’s daughter, meet once an episode for a family dinner, in which cases are alluded to, usually illuminating topical subjects for the kids (and audience) present. Plots bleed from group to group: Reagan and his police and political concerns, his detective son Danny (Mark Wahlberg) and his partner; his daughter, ADA Erin (Bridget Moynahan) and her daughter; and Frank’s youngest son Jamie (Will Estes), a uniformed policeman who went to Harvard but decided to do what he could on the mean streets of New York City.

Unlike the bridge-and-tunnel folks of N.Y.P.D. Blue, Blue Blood’s protagonists comprise a solid middle-class family whose own worst transgressions involve matters of judgement, but which contribute to the drama of each episode. It’s a wholesome series, which can be hair-raising, too. Here’s a CBS trailer.