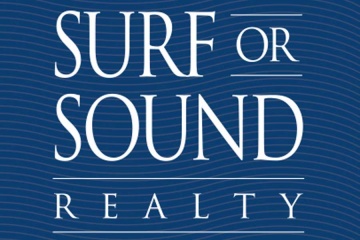 After weeks of seeking refunds for vacation properties they booked but could not access due to Dare County’s two-month long bridge closure, plaintiffs on June 9 filed a class action lawsuit against Surf or Sound Realty. The suit argues that the Hatteras Island company is required to reimburse them for reservations that could not be completed during the period of restricted access due to COVID-19.

Attorneys Gary Jackson and Chris Bagley of the Law Offices of James Scott Farrin filed the lawsuit in Dare County, arguing that Surf or Sound Realty originally told vacationers shut out by the bridge closure that they could receive a full refund. A June 9 press release by the law firm stated that Surf and Sound later reversed its refund policy by notifying customers they would not be issued a refund, but could choose alternative weeks for their vacations.

“This is a simple case of insisting that a company do what’s right and fair by its customers,” Jackson stated in the press release. “People invested in a vacation getaway at one of the most beautiful places in the world. They trusted Surf or Sound, which made assurances, then tried to change the rules. They can’t do that. And now, they need to make their customers whole.”

The Outer Banks Voice reported on June 2 that the North Carolina Real Estate Commission (NCREC) and the NC Department of Justice (NCDOJ) were investigating complaints filed by clients of Surf or Sound Realty. At that time, DOJ Communications Director Laura Brewer said the Attorney General’s office had received 68 complaints about the Hatteras real estate company. NCREC Legal Counsel Janet Thoren stated in an email that the commission has received “a number of complaints.”

Thoren also noted at the time that the commission, upon review of the law and consultation with the Attorney General’s Office, “has previously advised property managers that it is our opinion that tenants who were impacted by the road closures in Dare County were entitled to a refund.”

Some who had made reservations through Surf or Sound had also formed a private Facebook group last month as a platform for those who have not received rental refunds. The group currently has more than 500 members.

Surf or Sound attorney Lloyd Smith could not immediately be reached for comment, but in a June 2 interview with the Voice, he challenged NCREC’s opinion that landlords and real estate brokers should provide refunds to tenants during the bridge closure.

He said it was his opinion that “the premises were safe and habitable and could have been occupied, but for the government ordinance which prevented individuals from coming into Dare county to rent the homes…and we believe that the law is when government interference causes that, then the tenants’ claim is against the governmental interference and not the [landlord].”

Surf or Sound owner Dale Petty, in a May letter to his rental program’s homeowners, said the amount of guest refunds for the weeks of April 4 through May 16 amounted to just under $3 million.