WHAT TO WATCH ON TV
Stream On: It’s all in the game—The Wire and Friday Night Lights 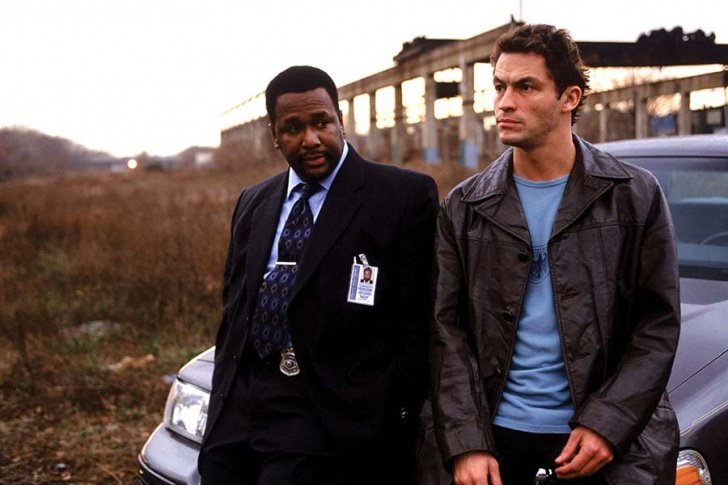 Two of my very favorite shows would seem at first glance to have little in common, but in fact they share a lot, from their epic natures to the cinéma vérité style in which they are filmed. While The Wire is essentially about the people of the city of Baltimore, the TV series Friday Night Lights is about the people of rural East Dillon, Texas, and the prevailing culture and destinies in the two towns.

THE WIRE (2002-2008) Amazon.com; on demand from Prime Video and other platforms including HBO Now [TVMA]

The first episode of The Wire is available on the show’s website, in exchange for an email address and your date of birth. The opening scene sets the stage: Detective McNulty is talking with a witness at the scene of a shooting, who says the victim didn’t deserve being shot for snatching the kitty during a poker game. “Usually we just beat his ass.” McNulty asks if the dead kid did this all the time, why did they let him in the game?

“Got to, man—this is America.”

Baltimore here is a microcosm for America; its problems are ours, and each of The Wire’s five seasons highlights a different aspect of life here: the drug trade and the police’s efforts to stay afloat; the city’s ports; the politicians, and the fight against corruption; the school system; and finally, the media’s role in the life of the city.

The Wire was created by former police reporter David Simon and former homicide detective and public shool teacher Ed Burns. Their concerns and experience make the show seem uniquely realistic, like a documentary, with three-dimensional characters from every turn of life, who struggle with the ethics of their chosen paths. Antagonist and protagonist roles are not useful here; some of the criminals are better organized and more moral than some of the cops and other authority figures portrayed.

At the core of the show is Detective Jimmy McNulty (Dominic West), who is a failure at everything except policing, and the Barksdale family, whose business is drugs: Avon (Wood Harris, Southland), his sister and her son D’Angelo (Lawrence Gilliard, Jr., Friday Night Lights), a smart youth who blossoms with the responsibilities he takes on himself.

Avon’s lieutenant and chief operating officer, as it were, is Stringer Bell (Idris Elba, Luther), who is a businessman at heart, if an amoral one. Omar Little (Michael K. Williams, Boardwalk Empire) makes his living highjacking the drug gangs, and his reputation is so fearsome that once, when he goes to the store for cereal in his bathrobe, a bag of drugs comes out of a window under which he stops.

Later seasons highlight the dangers of capitalism, human trafficking, political corruption, the school system (a cop from season one becomes a teacher, reflecting Ed Burns’ own experiences), and the desire of the press for readers over information (which is exploited by Det. McNulty in a bid to increase funding for his own case). A police captain experiments with defacto drug legalization by herding the pushers into a remote section of the city, and the politicians opportunistically deal with that by posturing and back-filling. The Wire is a sprawling novel of a series about the New World, where one can theoretically make his own path, and the forces arrayed against self-determination.

It’s an epic novel, with well-rounded characters and its share of humor and tragedy, which Shakespeare would have liked. Here’s a trailer, “A man must have a code.” 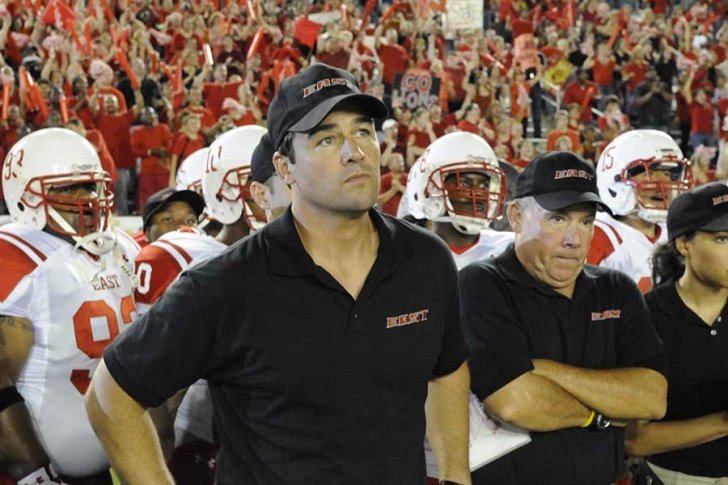 Coach Eric Taylor tries to make sense of small-town Texas’ football culture and win games while dealing with life’s drama among his players and in the town. (IMDb.com)

Heritage, family, resilience, and the personal choices available in the New World also inform Friday Night Lights, a series, like the theatrical film, based on the nonfiction book Friday Night Lights: A Town, a Team and a Dream, about high-school football in a small Texas town in which it is the repository of the town’s tradition, hopes and dreams.

Eric Taylor (Kyle Chandler, Bloodline), with his wife and teenaged daughter, move to Dillon, Texas, for a job as high-school football coach. In rural Dillon, football, not drugs, is the civic religion, spanning generations of locals. In the same way that the shooting of Snot Boogie, the victim in the opening scene of The Wire, forms the shape of that series, star quarterback Jason Street is paralyzed in the opening game of Friday Night Lights. Coach Taylor’s job, and his family’s future in Dillon, depends on his ability to get the team, minus Jason, to the state championships.

A pair of antagonist/protagonists, like The Wire’s Avon Barksdale and Stringer Bell, form the heart of Friday Night Lights. Tim Riggins (Taylor Kitsch, Waco), Jason Street’s best friend, is a talented but alcoholic 16-year-old ladies’ man living with his brother, and Matt Saracen (Zach Gilford) is more of an artist than a football player, who cares for his grandmother while his father is in Iraq and his mom is in the wind.

Other primary characters are Jason’s devout girlfriend who believes he will walk again with enough prayer, her father; who owns an auto dealership and is the primary team booster; Coach Taylor’s wife Tami (Connie Britton), a teacher; and his daughter Julie, who hates Texas and dislikes football, but strikes up a romance with Matt Saracen.

Gaius Charles (Grey’s Anatomy) plays Brian “Smash” Williams, star running back, whose ego suffers setbacks while applying for college teams, and Jesse Plemons (Breaking Bad and Fargo), plays Matt’s best friend, an intellectual but nerdy garage-band musician. Michael B. Jordan (The Wire, Black Panther) plays an at-risk youth who signs up for the team in a last-chance bid to avoid jail. As with the youngsters in The Wire, adherence or opposition to family and tradition determines the paths taken in the characters’ lives.

You will miss them when you complete the series, which is filmed in a cinéma vérité style similar to The Wire; in fact, most of the scenes were shot with the actors being told how the scene should go, and then ad-libbing their lines to achieve the desired outcome. Here’s a five-minute trailer from the Emmy® Awards, “This is about more than football.”

Next time, unreliable narrators in The Family and The Affair.