With a little help, Cotton Gin moves to rebuild 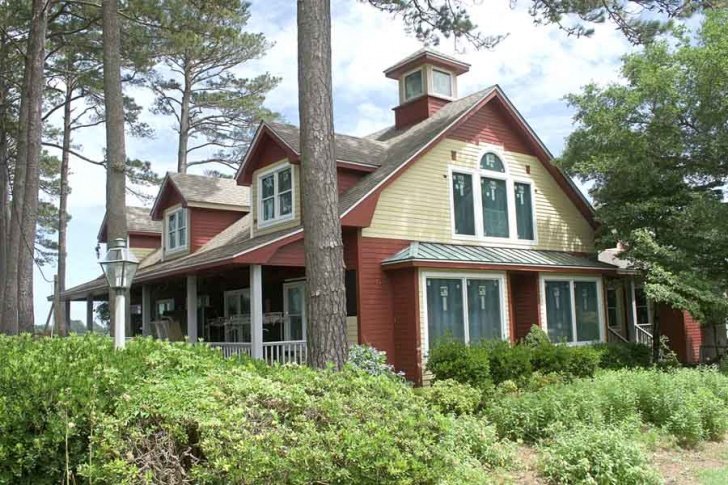 Work is underway to preserve the surviving building on the north end. (Kip Tabb)

The original Cotton Gin in Jarvisburg burned down in a massive blaze last October. There’s not much left of it now, just a building on the north end that was the least damaged. Work is now underway to save that one section of an iconic piece of Currituck history as the process of working toward an eventual re-opening begins.

“It’s been pretty challenging because that was pretty bad fire. It’s next spring at best,” Tommy Wright, owner of the Cotton Gin said, referring to a re-opening.

The first step is cleaning up the site, a project that involved considerable time and significant expense. At their June 15, meeting, the Currituck County Commissioners voted unanimously to authorize an economic incentive grant of $16,300 to offset the cost of cleaning up the site.

“There was trash and debris that had to be removed,” Larry Lombardi, Economic Development Director for the county said. “And so, there were tipping fees involved.”

As Lombardi explains, in the past, companies in the same situation would have asked to have their tipping fees waived, but the Wright family cleaned the site and paid for the removal of the debris. He said the grant is meant to help move the rebuilding effort forward and hopefully regain the jobs that were lost because of the fire.

“There were thirty-four jobs they had prior to the fire, so they’ll be bringing back those jobs,” Lombardi said, adding that for the county, the grant was an important investment in workplace experience as well as jobs.

It is unclear what the new Cotton Gin will look like. The surviving structure on the north end will be a part of it, with local architect Chris Nason helping to preserve it. Beyond that, though, everything is still in the planning stages.

“We’re working on another building, but not with the same architect.” This architect “does buildings for out in the country or a rural area,” Wright said.

Whatever the design of the new building, it will not be the original Cotton Gin. That building was a rambling world of multiple levels, but not quite a two-story structure. On each level, in nooks and crannies, there was something new to be discovered — a book that had been out of print for five years; a classic iron skillet; a room filled with Christmas sweaters.

That feeling cannot be recaptured, Wright said. “Whatever it is…it’s going to be pretty hard to have that magic. That was an accumulation of like thirty or forty years of winters.”

The new Cotton Gin will also have to reflect the current realties of retail. That original store, with its rambling world of discovery, created its own mystique. But increasingly brick and mortar — and wooden — stores are finding it difficult to compete against online services. As Wright explains, whatever replaces the original building will have to reflect the new reality.

“The buildings could have some food. They could have places for people to meet and events in the future,” he said. “I’d like to do something magical about retail but …retail is really hard and if I had some easy answer, obviously we would be looking at something new or different.”

Yet in spite of the difficulties, rebuilding the Cotton Gin is moving forward. And as Wright notes, after more than 50 years in business, there is a large community waiting for it to rise from the ashes.

“There seems to be a lot of communal interest that something be brought back,” he said. “People have that memory of what it was.”