WHAT TO WATCH ON TV
Stream On: The unreliable narrators of The Family and The Affair 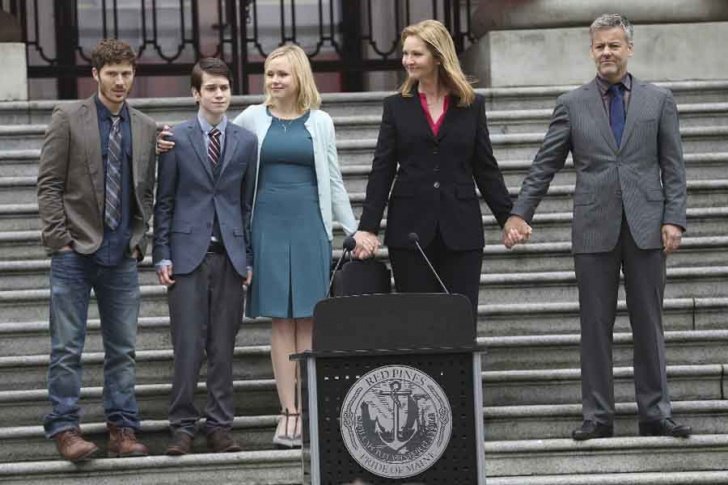 Mayor Claire Warren, who’s running for governor of Maine, and her family, are upended by the sudden return of her youngest son, Adam, who was kidnapped ten years previously and presumed dead. (IMDB.com)

“Call me Ishmael,” so one of literature’s most famous narrators introduced himself in Moby-Dick; or, The Whale (1851), with a cautionary tale of idolatry on the high seas. There’s no reason to doubt Ishmael’s account; his position as outsider opened a portal through which the reader interprets the narrative. But since even before, in 400 B.C., when Aristophanes’ The Frogs is recounted by the slave Xanthias, who summarizes, “and then I woke up,” there’s been another kind of narrator, whose personal involvement shades the truth of the account. Call me Ishmael? Call me skeptical.

This ABC series from Jenna Bans (Grey’s Anatomy) confounded its fans when it was cancelled after one season. A terrific mystery acted by a great ensemble cast, it fell victim possibly to the then wildly popular The Walking Dead, which shared its time slot.

Joan Allen (The Killing) plays small-town Maine Mayor Claire Warren, who is contemplating a run for Governor. Her husband (Rupert Graves, Sherlock), has had an affair with the detective (Margot Bingham, Boardwalk Empire) who investigated their youngest son’s disappearance ten years earlier.

The fault lines of the Warrens’ shaky marriage are thrown into high relief when their now-17-year-old son Adam (Liam James, Psych) shows up, explaining that he has escaped from the cave in which he had been held prisoner for 10 years. Their neighbor (Andrew McCarthy), a registered sex offender, is released from prison, where he had been serving time for Adam’s murder. Adam’s neurotic sister is now her mother’s campaign manager and his older brother is an alcoholic barfly; they had been tasked with keeping an eye on him during the town fair from which he disappeared.

Detective Myer returns to the case, and through Adam’s recollections, the cave is found, but no more. He never saw his captor nor can the afternoon of his abduction be pieced together. The Warrens’ neighbor remains under suspicion as Sergeant Meyer goes over her case with a fine-toothed comb. An ambitious reporter infiltrates the family, smelling a huge story.

Here’s a four-minute trailer to this dark and suspenseful yarn, “Their happy ending is just the beginning.” 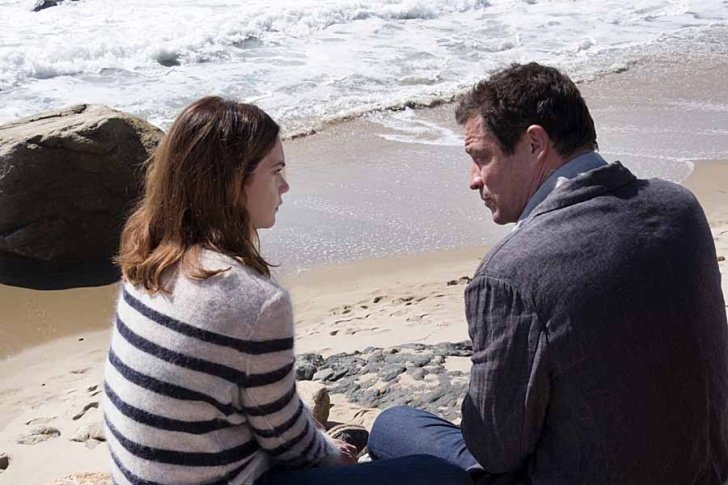 Manhattan schoolteacher Noah Solloway, who resents his rich father-in-law’s influence on his family, begins an affair with Alison Bailey, a Montauk waitress, while on vacation with his wife and children. (IMDb.com)

Here, after a card that announces “Noah,” a voice-over reveals Noah Solloway (Dominic West, The Wire) recalling his first meeting with Alison Bailey (Ruth Wilson, Luther). Noah, a Manhattan schoolteacher and newly published author, had taken his wife and children to Montauk for the summer to stay with his wealthy and famous father-in-law, a respected author. There he met Alison, a waitress who seemed to flirt with him, and who revealed an abusive relationship with her own husband. That evening, he came upon Alison near a group by a beach bonfire, and she said, “You found me!”

Then, a card announces “Alison,” and we hear Alison recounting the events of the same day, beginning with her difficult morning, the birthday of her dead child. After a tense morning with her solicitous husband, she met Noah at the diner, averring that he flirted with her. Several details of their encounter differ significantly from Noah’s account. When they met later on the beach, Noah said, “I found you!”

They are then seen to be, in turn, talking to a detective who is investigating the death of Alison’s brother-in-law. The Affair is a deep rabbit hole, with Noah’s and Alison’s spouses also heard from in later seasons, and a timelime spanning the growth of Noah’s children.

Now that the final season has aired, perhaps The Affair will join other Showtime series on more streaming services, but it’s worth seeing on whatever platform you can. The intriguing first episode can be seen on Prime Video and on the show’s website. Here’s a trailer, “Do you have a secret? One which you don’t even want to tell yourself?”