WHAT TO WATCH ON TV
Stream On: More unreliable narrators in Homecoming and Mr. Robot 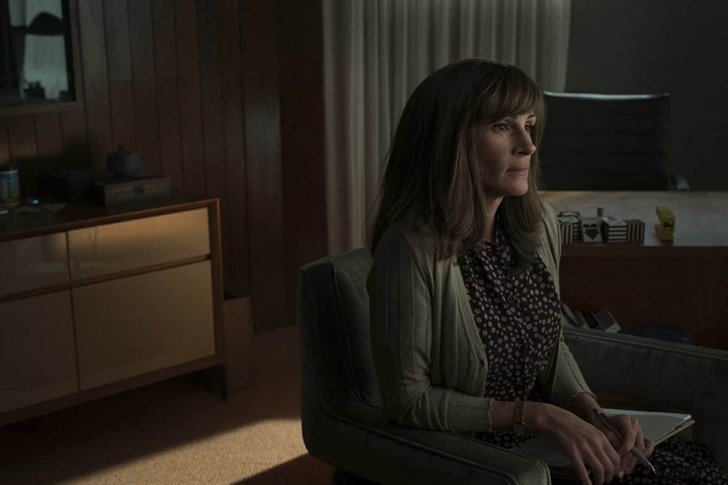 Heidi Bergman, once a counselor at the Homecoming Transitional Care Center, which helped soldiers transition back to civilian life, can’t actually recall her time there for a Department of Defense auditor. (IMDb.com)

Last week we saw some examples of the unreliable narrator of fiction in some recent TV series. Here are two more recent ones in Amazon’s Homecoming, the second season of which was uploaded recently to their Prime Video platform, and another in Homecoming producer Sam Esmail’s Mr. Robot.

Walter Cruz (Stephan James) leaves the military after four tours of duty and volunteers for the Homecoming Transitional Support Center, a new Geist Company residential occupational program in Florida designed to help ex-servicemen reintegrate into civilian life. He is introduced to his counselor, Heidi Bergman (Julia Roberts), one of the administrators.

Four years later, Heidi is living with her mother and working as a waitress when she is approached by Thomas Carrasco (Shea Wigham, Boardwalk Empire), an investigator from the Department of Defense, who tells her he is following up on an old complaint from an employee that Cruz was held there against his will. Heidi says she has no memory of him, or even the support center.

The flashback is told from Heidi’s contemporary point of view; it seems from context that her experience would not suggest this kind of work, but she is happy to help these vets. But her boss, Colin (Bobby Canavale, Boardwalk Empire, Mr.Robot), is anxious to cut corners if it would help clear cases. Her patient Walter Cruz and his friend Joseph Shrier become skeptical that they are even in Florida, as they arrived on a military flight. When Walter and Joseph sneak out of the base, it seems that they are indeed in an abandoned retirement home. When they return, Joseph, the instigator, is expelled from Homecoming, but Heidi convinces Colin that Walter’s successful treatment would look even better after his overcoming disciplinary issues.

When Heidi is living with her mother four years later, Carrasco finds she has no memory of this defunct organization, but that Heidi and Walter left it on the same day. Homecoming’s business model comes as much a surprise to Heidi as to the audience.

Here’s a trailer to this rabbit hole of a season: “Have you ever forgotten something? Something big?” 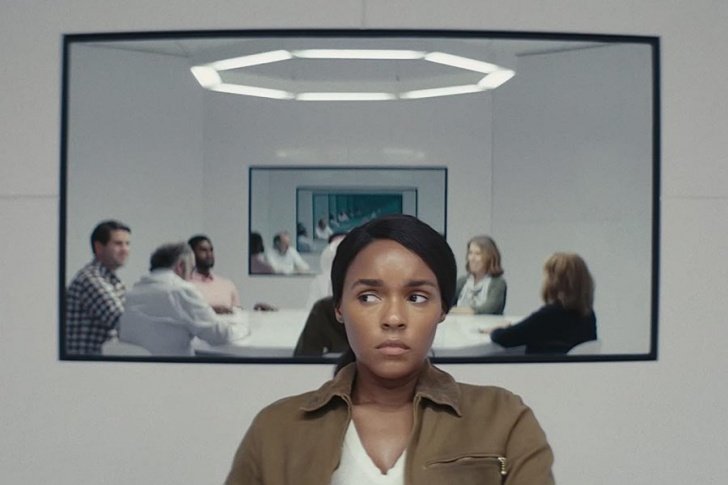 Jackie suddenly awakens in a rowboat with total amnesia; her review of her wallet suggests that she is a veteran with ties to the  Homecoming Transitional Care Center (IMDb.com)

“Jackie” awakens in a rowboat with no memory of who she is or how she got there. Her wallet suggests that she is a veteran and a client of the Homecoming Support Center. What she uncovers is its origin, and how, from insiders, they are dealing with the season one lawsuit, and Jackie’s own role in the struggle between the founder (Chris Cooper) and a representative from the Department of Defense (Joan Cusack) with her own ideas for the center’s fate.

As in season one, the viewpoint shifts from the subjective to the objective and back repeatedly. Here’s the second-season trailer, “How did we get here?” 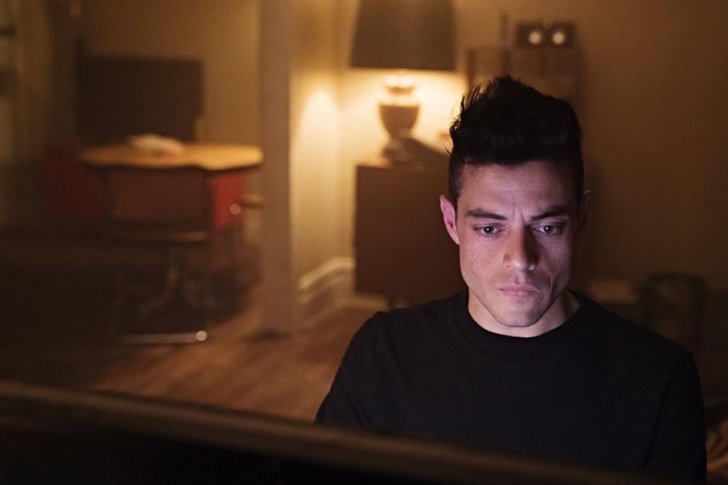 Elliot Alderson is a cybersecurity engineer being courted by an insurrectionary anarchist known as “Mr. Robot.” (IMDb.com)

This USA series begins with a voice-over on a dark screen: “Hello, friend. ‘Hello, friend?’ That’s lame. Maybe I should give you a name, but that’s a slippery slope. You’re only in my head. We have to remember that.

“What I’m about to tell you is top secret, a conspiracy bigger than all of us. There’s a powerful group of people out there that are secretly running the world. The top 1% of the top 1%. The guys that play God without permission.

“And now I think they’re following me.”

This is Elliot Alderson (Rami Malek, Catch-22), a cybersecurity engineer, shown aboard a subway train, looking haunted in a hoodie. “This is about last night. I should have gone to Angela’s birthday party. Instead I went to–”

And we flash back to Elliot in a coffee shop meeting with its owner, “Ron.” He explains that the wifi in Ron’s coffee shop was so good that he wondered why. “That’s when I began hacking you.” Elliot recounts every detail of Ron’s online life to him, including the fact that Ron is running a child-porn website out of the coffee shop. He hands Ron a folder of printouts, saying, “I own everything. All your emails, all your files…all your pics. I understand what it’s like to be different.”

Ron, now the hunted one, says, “Are you blackmailing me? Is all you care about? Money? I won’t pay you, sir. Remember, you also broke the law.”

“That’s the part you were wrong about,” says Elliot. “I don’t care about money,” as he pulls his hood up and leaves, passing three patrol-cars full of cops on their way in.

In the present, on the subway, a ragged-looking man (Christian Slater) accosts Elliot, while he’s worrying about a pair of suits who seem to be talking about him. “Hey! Kiddo! Exciting time in the world right now.” Elliot arrives at his job at Allsafe Security, where his friend Angela is conferring with their boss about the hacking of Allsafe’s largest client, the giant conglomerate E Corp (the top 1% of the top 1%, whom Elliot calls “Evil Corp”). He agrees to do a security audit of the attack, revealing a file targeting Elliot. Then the ragged man recruits Elliot as a hacker in his collective that aims to encrypt the financial records of E Corp, which holds most of the world’s consumer debt, thereby freeing mankind from them.

Elliot, on the way home, wonders, “Did this even happen?” Good question.

Here’s the first-season trailer, “Sometimes I dream of saving the world.”

Next time, two pioneers of television comedy, still crazy after all these years.