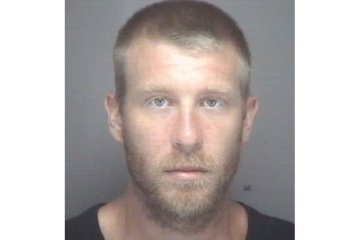 On June 25, at approximately 9 p.m., Dare County Sheriff’s Office B-District Deputies went to a residence in the 90 Block of Darrell Lane in Wanchese. They were there to speak to the residents about community complaints they were receiving concerning possible drug activity.

Michael Brian Newburg, 33, of the 90 Block of Darrell Lane, Wanchese, NC, was arrested and charged with (F) Manufacturing Marijuana, (F) PWIMSD Marijuana and (M) Possession of Marijuana Drug Paraphernalia. He was released on a $4,500 secured bond.