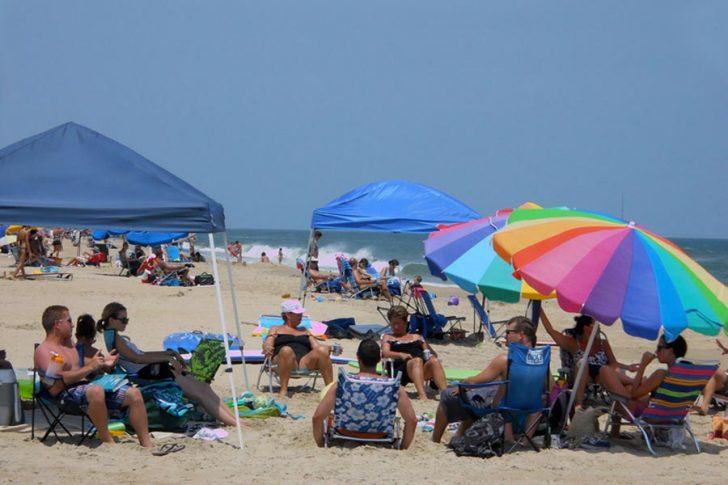 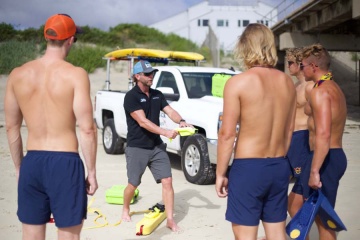 Phill Lloyd training Duck Ocean Rescue lifeguards in the use of AquaEye. (Photo by Codie Patterson)

New technology aimed at reducing the time it takes to locate missing persons in the water is being tested for the first time on the Outer Banks this summer with the hope that it will become a mainstay in search and recovery efforts while more quickly providing closure to families of drowning victims.

The technology, called AquaEye, was first used locally during a missing swimmer call near Kitty Hawk Pier on July 3. A handheld scanner, AquaEye uses ultrasound and artificial intelligence technologies to identify victims underwater and is touted as being able to scan an 85,000-square-foot area in four minutes.

Phill Lloyd, a Nags Head resident and national training manager for AquaEye, responded to the scene that morning at the request of Mirek Dabrowski, who contracts lifeguarding services for the town of Southern Shores. Dabrowski said that Lloyd – using the AquaEye – was able to quickly locate the victim in what he said was “a difficult search environment.”

It “brought closure to a family much sooner than traditional methods of recovery,” Dabrowski asserted. In addition, he added that by shortening the search timeline, the device also reduced the time that rescuers were in the danger zone of the pier pylons.

“This is brand new technology coming to the Outer Banks,” noted Lloyd, who is also CEO of Barrier Waterman, LLC. “It’s the first of its kind.”

The July 3 incident was the first time the device had been used on the Outer Banks and Dabrowski anticipates it becoming a vital tool in assisting with search and recovery efforts in the future. While the recovery efforts took approximately an hour on July 3, typical search efforts can, in some instances, take days and involve the use of bulky side scan sonars attached to boats or divers using grid search patterns to recover victims.

Lloyd said that, over the course of this summer and next, he plans to put the device in the hands of local ocean rescue personnel to train them in its operation while also developing scanning techniques in rough ocean conditions.

“Training and development of sonar scanning…tracking and recovery is vital to small departments’ effectiveness of quicker victim recovery,” he noted, adding that the device is designed to be on scene as soon as possible to assist with rescue efforts.

Lloyd says with the AquaEye, responders can not only send lifeguard out to respond to the last known position of a missing person but also get someone in the water scanning to see underwater, locate the victim and then have a quicker rescue or recovery.

There have been four drownings on the Outer Banks since June 10, when an 18-year-old went missing in the Pamlico Sound near Avon and whose body was located the next day. The July 3 drowning involved a Greenville, N.C. man who disappeared while swimming in the ocean during the early morning hours near Kitty Hawk Pier. And on July 5, a man and boy drowned in the Croatan Sound near the Old Swimming Hole on Roanoke Island. 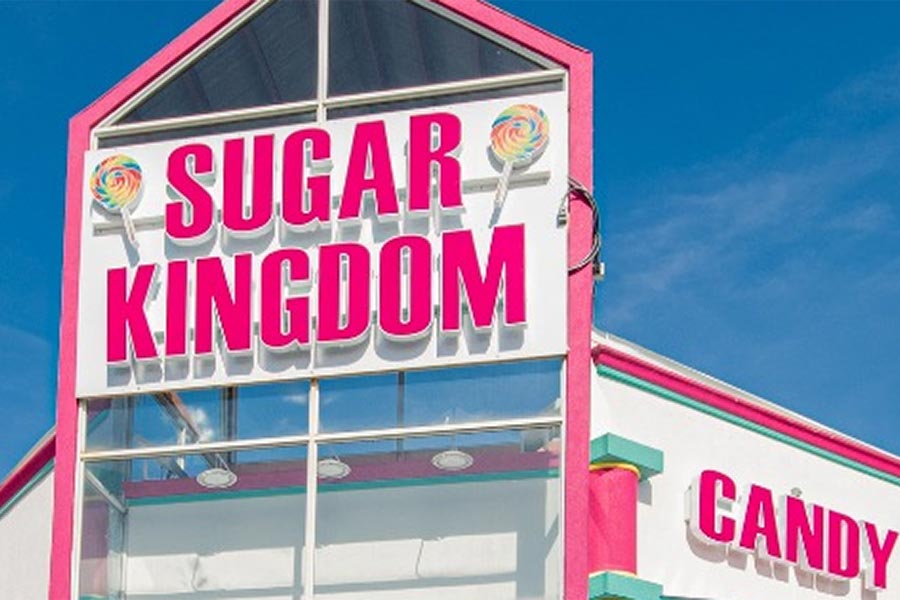