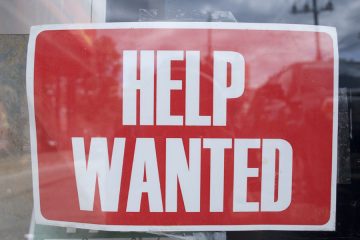 For the past 30 years, longtime Outer Banks businessman Nick Nuzzi has depended on J-1 Visa students to fill the bulk of positions during the summer at his two Dairy Queen locations. But with COVID-19 abruptly halting that program, coupled with other challenges that come with staffing during a pandemic, Nuzzi acknowledged that Labor Day can’t come soon enough.

“It’s forced us into a serious crunch because of no help,” he explained. At his popular Kill Devil Hills location at the corner of Ocean Bay Boulevard and U.S. 158, “we are barely able to keep two windows open,” Nuzzi said. “We can’t take care of our customers…the line never ends.”

To compensate, Nuzzi has had to significantly reduce hours of operation at his Corolla store, closing two days a week as opposed to past summers where the doors were open every day. That store, he also added, opens now at 5 p m. instead of 11 a.m. In addition, he is regularly paying a skeleton crew overtime and has raised the hourly wage at his ice cream shops in order to attract more applicants.

In recent years, the lack of workforce housing has become a growing obstacle to recruiting summer workers for local businesses. But in the summer of 2020, with the COVID-pandemic keeping the usual J-1 students from coming here and some other workers opting out because of concerns about the virus, things are being pushed to a breaking point. In response, a handful of businesses have closed permanently while others have reduced hours to survive — even as visitors have flooded the Outer Banks since the bridges were opened in May.

“It’s a disaster,” declared Outer Banks Chamber of Commerce President Karen Brown. “Everyone is really struggling. Restaurants that were always open seven days a week are now closed one or two days a week.”

“We’re basically hiring anybody who’s employable when they come through the door,” explained Karen Loopman-Davis, one of the owners of the Outer Banks Brewing Station in Kill Devil Hills. She estimates that in past years, the restaurant could easily receive 50 applications during the summer months. This year, only about five or six have trickled in.

Like Nuzzi, the Outer Banks Brewing Station also depends on the J-1s, having employed about 10 students from that program last summer. Normally, according to Brown, Dare County sees an influx of about 1,700 overseas students each summer, with many holding two jobs.

The Brewing Station is also now closed one day a week to accommodate scheduling challenges, Loopman-Davis said, adding that the housing crisis “started this whole thing, and then the pandemic just put the exclamation point at the end.”

Karla Hutchins, who owns Country Deli in Kill Devil Hills with her husband, Mark, shared a similar story with the Voice about staffing difficulties amidst a COVID-19 reality. Short on staff, the deli has kept its dining room closed this summer and has had to reduce daily hours and delivery availability.

“It’s just not feasible with the amount of help we have,” Hutchins said, noting that the deli has certainly lost business because of the reduced hours and people wanting to dine in the restaurant or have their orders delivered.

“There is no one to work those extra hours,” she noted.  “We have a skeleton staff and are surviving literally on five amazing high school students. They have been rock stars.”

Outer Banks Restaurant Association President Dan Lewis echoed the sentiments of Brown and others. He said that due to the county shutdown this spring, there wasn’t the normal influx of seasonal employees from out of the area. The federal stimulus package also played a role.

“Besides the legitimate safety concern of going back to work in what is traditionally tight quarters and lots of close contact with other people, it was also more economically viable for employees to stay home isolated and collecting benefits,” Lewis offered, adding that the loss of J-1 Visa students also “exacerbated the labor shortage.”

On the flip side, Lewis noted that since most colleges are going to remote learning in the fall, “there may be some employees who stick around to work past mid-August.”

However, some students who are returning to campus are leaving earlier than usual so that colleges can get a semester under their belt before Thanksgiving. Both the College of the Albemarle and Dare County Schools are also returning to school, although remotely, a week earlier beginning on August 17.

As August creeps along, Hutchins says business owners are asking for forgiveness from their customers regarding the trimming of services. “We are just keeping our head up and getting through this year,” she said.

And for his business, Nuzzi estimates he is down two-thirds in sales this summer. “It’s because of help, not a lack of people being here,” he acknowledged. And while he plans on keeping his shop open in Kill Devil Hills into the fall, of the Corolla shop where workers are especially hard to come by, he said, “The lights are going off come Labor Day.”