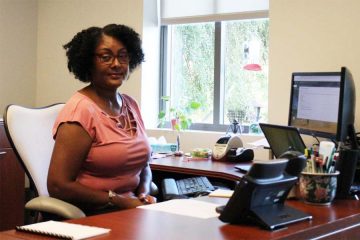 (Dare County and State Board of Elections)

One week after the Aug. 6 departure of former Elections Director Michele Barnes, who resigned her post, Jackie Tillett officially became her successor after being approved by the North Carolina State Board of Elections. Tillett has served for 35 years as a Dare County employee and began her career in the Planning Office, before moving to Elections in 2013.

“We are exceptionally pleased and grateful that Jackie was in place and could hit the ground running,” said Sandy Semans Ross, Chair of the Dare County Board of Elections. “Her experience in elections was crucial in continuing to plan and implement all that is necessary to ensure a safe, efficient and secure election in 2020.”

The upcoming November 3, 2020 General Election will feature several federal, state and local contests. The voter registration deadline to vote on Election Day, Tuesday, November 3, is Friday, October 9 at 5:00 p.m. During Early Voting, voters can register to vote and cast their ballots at the same time. Check your voter registration status or register to vote at darenc.com/registertovote.

(NC State Board of Elections)

According to information released on Aug. 19 by the State Board of Elections, through Aug. 18, the number of absentee ballot requests in the state is, at nearly 300,000, running more than 10 times higher than it did at this point in the 2016 election cycle.

At this point in 2016, Republicans and Democrats has submitted a roughly equal number of requests, at slightly under 10,000 for each party. This year, the Republican total has increased to just under 45,000, but the requests from Democrats, at nearly 157,000, are more than three times higher.