Amid unique circumstances, Dare County prepares to protect voting in the 2020 election 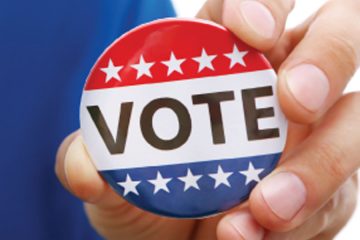 As the nation heads into a crucial 2020 election in the midst of a once-in-a-century pandemic, Dare County officials are confident that they are prepared to protect the integrity of the process, regardless of how heavy the turnout is.

Voting is a relatively simple process — a matter of indicating preference for the candidates or propositions on the ballot. Protecting the integrity of the ballots requires a detailed and complex plan that is, perhaps, more important than ever this year.

“We’ve been working on it since March,” said Sandy Semans Ross, Chair of the Dare County Board of Elections. “We knew there were going to be many more issues to deal with this time.”

There has been at least one unexpected glitch along the way. Former Election Director Michele Barnes recently resigned her position, exiting her post on Aug.  6. According to Ross, the transition to a new director has been relatively seamless with longtime Assistant Elections Director Jackie Tillett taking over the reins.

“It’s been pretty easy because Jackie was already in place and she’s been there so many years. And she really knows what she’s doing,” Ross said.

Bob Woodard, Chair of the Dare County Board of Commissioners agreed. “I couldn’t think of a better person or a more capable person than her taking over that position,” he said.

There are several ways to vote in North Carolina — absentee-by-mail ballot, early voting and casting a ballot on Tuesday, Nov 3. All of them are being affected, in one way or another, by COVID-19.

The deadline to register to vote in this election is Oct. 9 and you can register at: https://www.darenc.com/departments/elections/register-to-vote.

The first absentee-by-mail ballots won’t be sent out to voters until after September 4, but because of concerns about social distancing at polling places, there already has been a heavy demand for those ballots.

“Both parties, plus a bunch of nonprofits are sending out absentee ballot request forms,” Ross said. “I think last Friday, the total between those that had been completely processed and the ones that were at some point in the process was about 1,100, which is pretty early for us to have that number in Dare county. And that’s a high number for Dare County, anyway.”

Elections Director Tillett agrees that the county has received more requests than normal. “It’s kind of early for the heavy load,” she said.

North Carolina is a state that requires a request from the voter for an absentee-by-mail ballot. The request must be received by the Board of Elections no later than one week before the election, on Oct. 27.

The returned ballot must be postmarked no later than Nov. 3 and received by the Board of Elections no later than Nov. 6. You can get the form to request an absentee ballot here. https://www.darenc.com/departments/elections/one-stop-absentee-early-voting.

This is an election cycle in which allegations of potential voter fraud have been raised, especially regarding ballots received by mail. Tillett, who has been through a number of elections as the Assistant Director, said, “I don’t have any concerns about security with absentee ballots. We don’t have any issues with that.”

Ross agrees, although she adds that some people have inadvertently voted twice. Absentee ballots have a barcode that is specific to each voter, allowing duplicates to be identified.

“We’ve been able to catch it and…reverse those ballots,” she said. “That was just last summer and that was because we had so many primaries people were confused.”

Ross has also looked at states that have had issues with absentee ballots.

The chain of custody, she said, means that every time a ballot is handled, more than one person is there, and they sign for what they are doing. Absentee ballots do not have to be mailed in. They can also be dropped off at early voting sites or the county board of elections.

For the most part, Dare County voters will not notice what is happening with absentee ballots. What they will notice are changes in in-person voting locations.

Because they are unable to meet social distancing requirements resulting from COVID-19, some voting locations have been moved.

Registered voters will be mailed a card letting them know where their new polling place will be.

On Buxton, the early voting site is also moving from the Fessenden Center to CHSS. Early voting for the 2020 election begins on Thursday, Oct. 15 and ends Saturday, Oct. 31. The county’s early voting locations are Kill Devil Hills Town Hall, the Board of Elections office in Manteo and the CHSS.

If it seems confusing, Dare County is probably not alone in this process, Ross said.

Voters will also notice some changes at polling locations.

“We have to have someone wiping everything down as voters leave. We’re supposed to have somebody outside monitoring the line to make sure everybody stays six feet apart,” Ross explained. “There’ll be someone at the door, handing out masks for anyone who didn’t bring their mask. However, we cannot mandate that anyone wear a mask because that’s federal law. You cannot add a condition to allow someone to vote. And then, there’s Plexiglas between the voter and the poll worker. And then, the poll workers will wear masks and face shields.”

The extra steps are going to require more people to work at polling places.

“The last election we had, even though it was the primary, we scheduled it as though it was November 3, because we wanted to see how many workers it would take to adequately staff. We used 105. But that was before COVID,” Ross said.

Tillett, however, is confident the county will be able to hire the personnel needed.

The new voting locations were just approved by the North Carolina State Board of Elections and Dare County has not had a chance to put the word out yet about them. Nonetheless, Board Chair Woodard is pleased with the work that has been done.

“I commend the board of elections for doing that. It gives people an opportunity to social distance and spread out. I’m very confident in that it’s going to work and work extremely well for our voters,” he said.