‘I have big plans’ 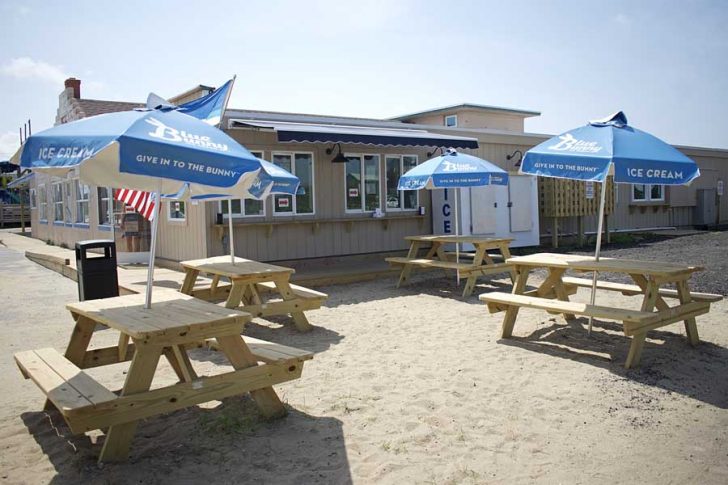 The ice cream store is just the first step on a long journey. (Kip Tabb)

The original Winks store on the corner of the Beach Road and Eckner Street in Kitty Hawk is on the comeback trail — although that journey, complicated by a pandemic, won’t be an easy one.

When the store closed in 2018, there were questions about what would happen to the building that had been so much a part of the history of the town. Tammy Nichols, the owner of Art’s Place next door to Winks, heard those concerns and knew she wanted to do something about it.

“I had a lot of people wanting us to do something. They were all very afraid that the building was going to come down,” she says. “I think they wanted it to be retained for the feel of that area.”

Raising her family in the town, Nichols recalled what that corner had been at one time and felt it should be brought back. “I keep calling it downtown Kitty Hawk, and that’s what it’s going to be again someday,” she asserts.

Nichols’ son, Daniel, who also works at Art’s Place, grew up in the neighborhood and remembered what Winks was like in its heyday.

“It was a good spot for the neighborhood to get together,” he says. “It always had some fresh food to eat or fresh produce to cook with. Just a nice neighborhood market.” What Nichols hopes to create is a space close to the original store her son described.

“I would like to get [something] like a general store. Not, that conveniency feeling kind of thing. But more something with a little more character, a little old timey kind of feel,” she says. “I have big plans. It’s just going to take time.”

“I didn’t intend to build out the ice cream shop this year [but] I kind of felt like I had to do something,” she says. And bringing Winks back, has been an effort with some twists and turns.

“The building was built in 1953 and it will take a lot to bring it up to code,” Nichols notes, adding that the wiring was particularly concerning. Having to bring the building up to code was expected. What was not expected was COVID-19.

Art’s Place has always been one of the most popular restaurants on the Outer Banks, and the plan was that the restaurant would generate the money needed for the work that had to be done at Winks.

Then the pandemic came. Even after state guideline were put in place allowing 50% occupancy, Nichols felt that for the safety and health of her customers and employees, she couldn’t open the dining area in Art’s, which at the best of times can only seat 36.

“I haven’t even opened up the dining space for Art’s, it’s so small,” she says. “And it would be kind of close quarters for the employees. I wanted everyone to be as safe as I could possibly” make it.

The restaurant has gone to an all takeout service, which is doing well, but can’t generate as much business as the indoor dining area would. The takeout business is “nothing near what I need it to really produce, to be able to go forward with the Winks building,” Nichols says.

Nonetheless, the venture is moving forward. Slowly, perhaps, but plans are being made. Nichols is hoping to have a small area much like the original Winks with some groceries available by next year. That won’t take up the whole store, but it will be a step toward bringing it back.

When it does come back, Nichols wants it to have the feel of a place where memories are made.

As she talks about the history of that corner of Kitty Hawk, she tells the tale of a couple she met from Richmond and what they told her when Winks and the corner of Eckner and the Beach Road was the center of town.

“When they first started coming down here, the only public phone booth was right there on the corner of Winks, and they would stay in a house on the other side to the Beach Road. They would sit on the porch and watch all the different people that would use that phone because it was the only one.”

“And that,” she says, “was entertainment.”