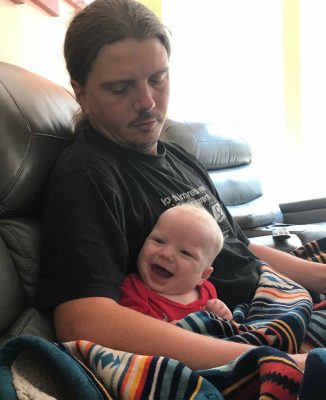 As students in Dare County Schools began their academic year remotely, one local parent found a way to connect parents and caregivers as they navigate the challenging world of virtual learning.

Membership quickly began to climb in the early weeks and with at least 1,100 members now, the virtual support group has become a clearinghouse for everything from troubleshooting Chromebook issues and offering tips to navigate online educational platforms to posting tutoring opportunities and the latest news from Dare County Schools.

Jenkins said he first got the idea for the support group after listening to a segment on National Public Radio about a parent from Austin, Texas who created a similar social media group to help parents with virtual school — a group that had grown to about 36,000 members.

“I was seeing so many different posts and so many different Facebook groups…asking questions about virtual learning,” Jenkins said. “I thought we needed one central spot that was just literally virtual school [related], that it’s all we were dealing with.”

Initially, Jenkins said he wasn’t sure how the Facebook group would go over. “I figured some people would use it, but not many,” he noted. “It blew me away when I saw so many people start joining and legitimately using it as a resource.”

With the help of a small dedicated team of administrators and moderators, Jenkins’ group has remained focused exclusively on questions and issues around virtual schooling. And Jenkins acknowledged that while the subject of virtual schooling versus in-person learning during the pandemic has become a political issue, politics has largely been absent from the group.

Inevitably, he noted, the group has had to deal with Facebook trolls, but the tone has largely remained supportive.

“Even if people have differing political opinions, it seems like they still are trying to help other parents…it’s just nice to be able to have someone going through the same thing that you are going through. To just be able to bounce ideas off of each other because parents are actually the ones helping the kids with the programs, figuring out what not to do or how to be accounted for class, etcetera.”

Other posts have linked working parents with babysitters, tutors and churches and other groups that provide a structured, supervised environment for students during the working day. Jenkins said his aim with the group has been to bring people together with different perspectives – whether it be parents of students in different grade levels or different schools in the district.

So far, he said, there has been some interest among parents in the group about creating learning pods. “I don’t think we will really see them until school opens back up, because I think you’re still going to have a good majority of parents who are not going to want to put their kids in school, but have to figure out something else besides just staying in the house,” he noted.

The biggest issue Jenkins sees popping up in the group now is the need for childcare “Childcare definitely seems to be the hardest thing,” he said, adding that the group rules make it very clear that babysitters and tutors found on the page need to be vetted by parents.

For Jenkins, the success of the group is evidence of the closeness of the Dare County community. “Honestly, it shows that when things matter, we do come together and support each other,” he observed. “You don’t need to be afraid to ask for help if you need it. Especially regarding 2020 and…COVID-19, everything is pretty much new, so you kind of have to just roll with it almost.”