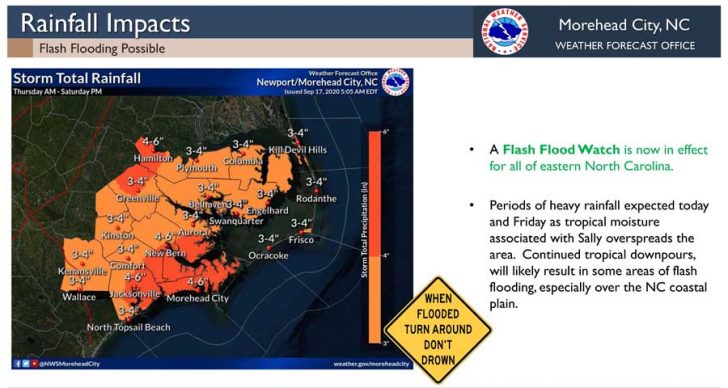 The National Weather Service at Newport/Morehead City reports that a Flash Flood Watch is now in effect for all of eastern North Carolina. Periods of heavy rainfall are expected today, Sept. 17, and Friday, Sept.18, as tropical moisture associated with Sally overspreads the area. Continued tropical downpours, will likely result in some areas of flash flooding, especially over the N.C. Coastal Plain. As shown in this map, the Outer Banks is projected to receive about 3-4” of rain between now and late in the day Saturday.