WHAT TO WATCH ON TV
Stream On: The long cons of Sneaky Pete and Shuteye

“O, what a tangled web we weave, when first we practice to deceive.” —Sir Walter Scott

A confidence man is a person who swindles the credulous by means of a “confidence game.” As Marius Josopovic in Sneaky Pete says, “I give them confidence; they give me money.” 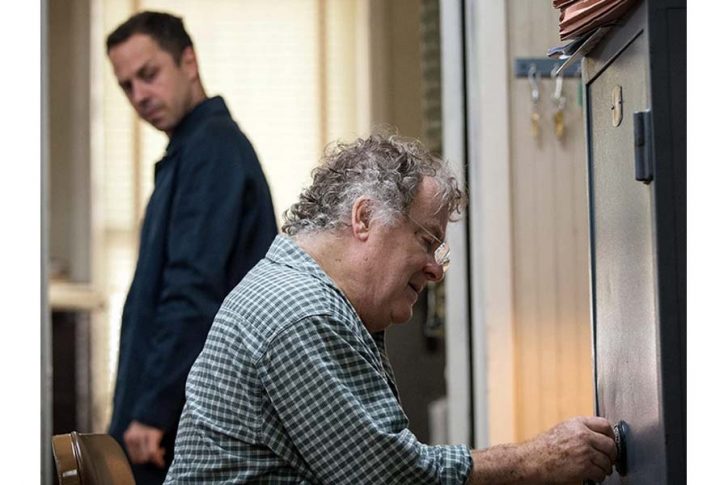 Marius, at left, a con man on the run from a vicious gangster, takes cover by assuming the identity of his prison cellmate, Pete, and “reuniting” with Pete’s estranged family, who run a bail bond business. (IMDb.com)

Bryan Cranston (Breaking Bad) and David Shore (NYPD Blue <Stream On>) were given a production commitment by CBS for a dramatic series, and a pilot was shot in March 2015. CBS then passed, while also canceling David Shore’s other CBS series, Battle Creek, before Amazon Prime Video picked it up.

Sneaky Pete revolves around a con man, Marius (Giovanni Ribisi), who gets out of prison only to find himself hunted by the vicious gangster (Cranston) he once robbed. With nowhere else to turn, Marius takes cover from his past by assuming the identity of his cellmate, Pete, and then “reunites” with Pete’s estranged family—who have no reason to suspect he’s not their long-lost loved one. (Deadline.com)

As a fan of confidence fiction, especially some of David Mamet’s work such as Heist and The Spanish Prisoner, I love Sneaky Pete. Every plot thread is milked for maximum trickery and drama (and more than a little comedy), but the show moves along so well that it’s very bingeable.

It’s been twenty years since “Pete’s” grandmother, grandfather, and cousins have seen him. The family business is a bail-bonds office, where one cousin, whose ex-husband is a crooked lawyer, works; another cousin is a local (Bridgeport, Conn.) policeman, and one a larcenous, pot-smoking high-school co-ed. Orphan Marius, posing as Pete, is first attracted to the safe in the bail-bonds office, but soon finds comfort with his faux family—even as he plans to rob them.

Perfectly cast with Giovanni Ribisi (Saving Private Ryan) in the title role of a scam artist a little too confident for his own good, supported by Bryan Cranston, Marin Ireland (Homeland), Peter Gerety (The Wire <Stream On>) and Margo Martindale (BoJack Horseman <Stream On>, Justified <ibid> et alia), it’s shocking, funny and suspenseful by turns.

I rate it five aces. Here is a trailer at <IMDb.com>. 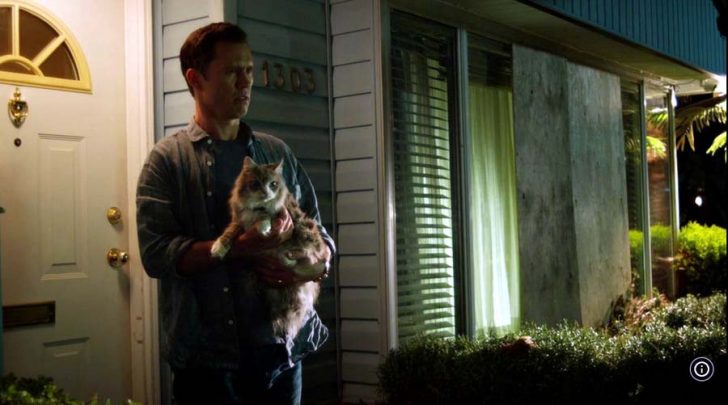 Charlie is a scammer who runs a small chain of fortune-telling storefronts for a crime family that controls the business in Los Angeles. When he actually seems to have acquired second sight, it proves more than he bargained for. (IMDb.com)

This Hulu original opens on Charlie Haverford (Jeffrey Donovan, Burn Notice, Fargo season two <Stream On>) interpreting tarot cards for a customer in a storefront psychic parlor. “You’re at a crossroads,” he says. “Would you like me to light a candle?”

“I think it would be a good idea.”

“Not a thing; I do it all. I light the candle. I say a prayer and fate reveals your path. It’s $500 for the candle and the ceremony—there’s a 10% discount for cash, but Visa is fine.”

Charlie is a student of psychology, a magician and a con man, and with this skill set makes a good living fleecing credulous seekers. He runs several psychic storefront parlors in Los Angeles for a Romany crime family, led by Rita Marks (Isabella Rossellini, Blue Velvet, Alias). Charlie’s wife is a magician for kids’ parties and routinely sends marks his way.

Charlie’s wife thinks that one of his personal clients is a gangster; a white van seems to be following him around, and one of his palm readers, his sister, is assaulted when she tries to expand her routine inappropriately. “You tried to pull a Gypsy scam on a Gypsy!” For this, Fonso (Angus Sampson, Fargo season two), Rita’s son, takes two parlors from Charlie, and to compensate, Charlie develops an off-the-books (and forbidden by Fonso) long con targeting a rich mark that his wife brought him.

All business as usual in Charlie’s world, until he spots and stops that white van and is beaten up by its driver, the boyfriend of one of his clients, encurring a mild concussion. “Why did you tell her I was cheating on her,” demands the boyfriend.

But things start to get crazy when Charlie realizes in a supermarket that he is experiencing actual premonitions.

Predictably, this tale of a fake psychic with real second sight takes a very entertaining turn or three. Here’s a trailer at <IMDb.com>.