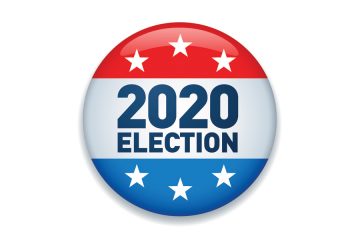 Candidates participating in a Dare County Board of Education forum on Sept. 24 broadly agreed on the desire to return students to the classroom and on the need to create affordable housing and other financial incentives for teachers in a 90-minute event that was held virtually.

The forum was co-sponsored by the Dare County League of Women Voters and the Coastal Review Online and despite the occasional technical snafu and the fact that candidates sometimes forgot their microphones were muted, the event showcased an interesting exchange of views in a confrontation-free environment.

Four of the seven seats on the Dare County Board of Education are up for grabs this fall, with one incumbent — Republican District 4 Board Member Mary Ellon Ballance — running unopposed. In the three contested races, District 1 incumbent, Democrat Bea Basnight, is being challenged by Republican Carl Woody II. The contest for the District 2 seat vacated when Ben Sproul became Kill Devil Hills mayor is between Democrat Jen Alexander and Republican Susan Bothwell. And incumbent Republican At-large Board Member David Twiddy is being challenged by Democrat Charles Parker.

Because Balance does not have an opponent on Nov. 3, she was allowed to give an opening and closing statement, but not to respond to the questions posed to the other candidates.

School board races in Dare County were traditionally non-partisan until the state legislature passed a measure to make them partisan beginning in 2018, a move that was opposed by the Dare County Board of Commissioners and the Board of Education. And at the Sept. 24 forum, virtually all the candidates voiced opposition to the current partisan structure, although Twiddy’s response left it unclear where he stood.

“I’ve never understood why any board of education should be partisan,” said Bothwell, adding that members should “do the best they can, any politics aside.” Parker declared that the law mandating partisan elections “was atrocious and it should be overturned.”

But the biggest issue currently facing the board is whether and how to bring students back into the classroom for in-person learning during the COVID-19 pandemic — a matter that will be the subject of a special board meeting on Oct. 1.

There was general agreement on the desire to bring students back to class, but there were some differences in the tone of candidate responses. “The first order of business is to get kids back to school,” said Bothwell in her opening remarks, adding later that, “remote learning is the strongest problem we have right now.” Woody also was critical of the viability of online education, stating that, “Remote learning for elementary students is not working.”

For his part, Twiddy said, “We do need to get our kids back in the classroom,” noting that high school athletics are slated to start in the fall, “but none of the students have been out on the field.”

Basnight voiced support for in-class learning, but also said, “We need to know how many students will be selecting the virtual [learning] option. We have to be able to match virtual teachers with virtual students.”

Alexander, who said she supported giving families a choice between in-person and remote learning, added that, “While I support a return-to-school option, it’s very important to know what these optics will look like.”

Parker expressed the most caution about students returning to the classroom, warning that “We should go slow, we should go carefully…There’s an opportunity to really go wrong.”

As was the case at the Sept. 22 forum for the candidates for Dare County Board of Commissioners, the need to create reasonably priced housing, in this case to attract teachers, was a priority endorsed by a number of board of education candidates.

And in response to a question about how to support teaching staff given the high cost of housing and living in Dare County, Woody suggested having the district initiate a 401K match, adding that “It’s the little things I think that would make retention better for our staff.” Bothwell suggested a “tuition incentive so [teachers] can take more classes and get more degrees so they can make more money.”

Alexander responded that, “We definitely need to increase the teacher supplement,” challenging Bothwell’s statement that Dare County teachers average close to $60,000 in annual salary and asserting that, “I think we need to be really honest about what our teacher pay is.” Basnight also voiced her support for the idea of increasing the teacher supplement.

At one point, the non-incumbent candidates were asked to say what they would do differently on the board than the incumbents. “Most important is to have the ability for younger teachers to live here,” said Parker, suggesting that perhaps the Dare County Tourism Board could help subsidize that housing. “Events are nice,” he said. “But teachers are better.”

As the only candidate with children in the Dare School system, Alexander responded that, “Adding a parent to the board would be an additional voice that would help to balance out the board.”

For her part, Bothwell said the schools “need to create a pipeline for employment opportunities though apprenticeships and internships.” And Woody responded that, “I truly believe our students need to have some leadership training,” before adding: “The big thing is affordable housing.”