It’s Alexander versus Bothwell in District 2 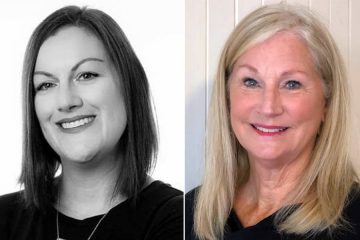 Democrat Jen Alexander and Republican Susan Bothwell are vying this fall for Dare County’s District 2 Board of Education seat that was vacated last December when longtime school board member Ben Sproul left his post to take his seat as Kill Devil Hills mayor.

Both Alexander and Bothwell were among the applicants seeking to fill Sproul’s vacancy in February. The board, however, ultimately chose Harvey Hess, avoiding the potentially tricky situation of selecting either Alexander or Bothwell and giving one of them the opportunity to run as an incumbent this fall.

For Alexander, of Colington, this will be her second attempt to win a seat on the board after losing a competitive race to Republican incumbent Joe Tauber in 2018. This is Bothwell’s first time running for an elected office.

A Licensed Clinical Social Worker, Alexander has two children currently in Dare County Schools. She asserts that the school board needs more diversity and should be more representative of the community.

Bothwell, who moved to South Nags Head 16 years ago after raising her family and the retirement of her husband, said she brings a different perspective, being older and having more time to dedicate to the board.

On perhaps the most pressing issue facing the board — the question of whether and how to re-open schools for in-person learning during the COVID-19 outbreak — both candidates agree on the need to return safely. But as was evident at a Sept. 24 Dare County League of Women Voters candidate forum, there is a different tone to their responses, with Bothwell stressing the urgency of a return and Alexander noting the need for a remote option.  (The current Dare County Board of Education will meet on Oct. 1 to address the issue.)

“Going back to school I think is really, really important,” Bothwell told the Voice, noting that remote learning is hard on both children and parents. “I would like all students to get back to in-school learning safely, but as soon as it’s practical. The kids need this mentally, physically and educationally.”

“I think what we need to do is have an option – remote and some sort of partial return,” Alexander said in her Voice interview. “But it’s not going to be everybody, it’s just not possible. There’s not the money, there’s not staffing, there’s not transportation” to meet the current COVID-19 guidelines set by the state for schools seeking to return to in-person learning.

Asked about the key issues facing the board, Bothwell cited the need to recruit and retain good teachers in the system.

“We have to attract the best and the brightest teachers, so I think needs to be addressed,” she asserted, adding that such a goal requires more affordable housing.

“Even though our teachers make pretty good salaries, the cost of living here is very, very high. So, the more affordable housing we can have for teachers, especially in Manteo which is kind of lacking right now…I would definitely be a proponent for that,” she said.

Alexander said transparency is a key issue, noting that it took the COVID-19 pandemic for there to be live audio of the board of education meetings. “We need an audio and visual so that people who work can watch the meetings and review it later.”

She also stressed the need for a voice on the board that represents parents with children in the school system, and one that is also independent. “I’m a parent who has children in the schools, a mental health professional and someone who’s not going to play the…boys club political game. And I don’t really mind ticking off anybody to do what I think is right.”

Alexander supports hiring at least one more social worker in a system that currently has two. “You’re not just educating children academically, but socially and emotionally,” she said. “It’s all the things that people are coming to discover that they may not have realized before COVID, but are seeing now.”

One point both candidates clearly agree on is the need for the schools to be responsive to students who may not be college bound as well as the benefits of a strengthened relationship with the College of the Albemarle.

“I love the fact that our schools do have the [ language] immersion program and that they can go to COA and take extra classes and even give themselves a boost into college if they choose to go to college,“ said Bothwell. But she also voiced support for the idea that Dare County students who may not be collegebound have the opportunity to receive technical and career training at COA.

Alexander also said she’d like to see Dare County Schools continue to expand its Career Technical Education Program to support students who might not be on a college track, as well as continue to build on the district’s relationship with the College of the Albemarle.

Clarification: Because her Voice interview was conducted before Governor Roy Cooper paved the way for K-5 students to return to classes with less restrictive social distancing, Jen Alexander is clarifying her position on re-opening schools. “I support a choice between virtual learning and a return to in-class instruction. I recognize this is currently possible for K-5, but am concerned that we need to address the funding and applicants needed for staffing and transportation issues in order for middle and high school students to also have that option.”