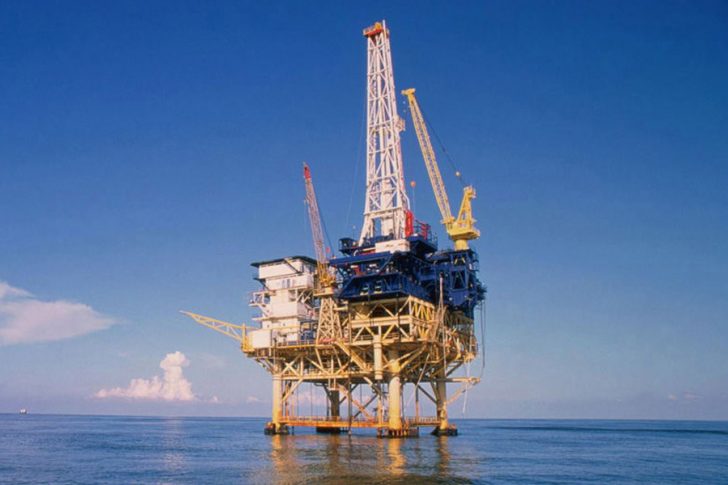 September 28 Update: As this report in the Coastal Review Online indicates, President Trump confirmed that he has added North Carolina to the offshore drilling moratorium during a Sept. 24 speech in Newport News, VA and signed a moratorium to that effect for the Department of Interior. Read the Coastal Review Online story here “Trump Confirms NC, Va Drilling Moratorium.”

Dare Board had been poised to pass resolution

September 21: North Carolina has been included in President Donald Trump’s moratorium that blocks offshore oil and gas drilling off several East Coast states for the next 12 years, according to a Sept. 21 statement from U.S. Senator Thom Tillis.

“Over the last several years, I have listened to mayors and elected officials from Brunswick to Currituck County and have been adamant that any decision on new energy production off North Carolina’s coast should be made with the input of our local communities,” said Tillis in the release, adding that he had urged the president to extend the moratorium to North Carolina. Tillis, a Republican, is locked in a tough re-election battle this year with Democratic challenger Cal Cunningham.

Over the years, the Outer Banks community has been vocal about its opposition to drilling off the coast of North Carolina, bringing both political parties together in an effort to resist offshore energy drilling. Last week, Democratic Governor Roy Cooper, also up for re-election this fall, sent a letter to Trump asking him to include North Carolina in the moratorium.

At its Sept. 21 meeting, the Dare County Board of Commissioners was poised to adopt another resolution voicing its opposition to drilling off the North Carolina coast with the hope of pressuring the Trump Administration to include the state in the drilling moratorium.

But at that meeting, Board Chairman Bob Woodard said he received a call from Tillis’ office around 3:30 p.m. that afternoon with the news.

“I had requested that we add this resolution,” he told fellow board members. “We wanted to add in that resolution to urge the President to extend the moratorium that he’d recently had extended to South Carolina and Georgia, just as he had done with Florida earlier. And I’m pleased now that we don’t have to do this resolution.”

Woodard, who said he had expressed his appreciation to the senator, added that, “This is welcome news.”

Tamara Warren, chair of the Outer Banks Chapter of the Surfrider Foundation, told the Voice that, “We would like to thank Governor Cooper for reaching out to the Trump Administration, and encouraging the administration to include North Carolina to the moratorium along with Florida, Georgia and South Carolina. We also like to thank the President for listening, because our political leaders can really do great things when they communicate and resolve issues plaguing our country.”

Update: North Carolina Governor Roy Cooper has offered this statement in response to North Carolina being included in the offshore drilling moratorium.

“It’s good the President finally appears to have listened to the bipartisan voices of North Carolinians who for years have been fighting this administration to stop oil drilling off our coast. I will stay vigilant and ready to resume the fight in the event the federal government makes any move toward offshore drilling.”