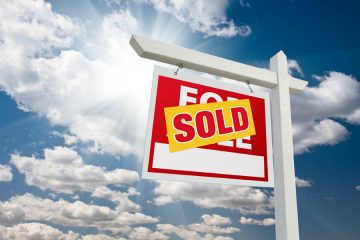 The Outer Banks real estate market is hot. It’s part of a national trend, but what is happening locally goes beyond the strong national trend. What realtors with experience in the Outer Banks market and longtime observers of local conditions are seeing exceeds anything they have seen before.

“It’s been absolutely nuts,” said Jeff Scott, owner of Scott Team Realty. I’ve been doing this 31 years, and I don’t ever remember a time like this.”

Even though the COVID-19 pandemic delayed home sale closings by slowing the work of home inspectors, appraisers and attorneys, the MLS reported in May that 549 Outer Banks properties were under contract to sell, the highest number ever reported. In June, that number jumped to 842.  In July, sales themselves set a new record, with 441 properties changing hands — breaking the old May 2005 mark of 401. August data, the most recent available, were also strong with 989 properties under contract and 397 sales.

“It’s pretty crazy,” Outer Banks Blue President Tim Cafferty said, echoing Scott. “I’m trying to think how many years have been doing this. Thirty something? I’ve never seen anything like this.

Observers say there are a number of reasons for the booming housing market, one of course being low interest rates. But despite the economic uncertainties fueled by the pandemic, they also note that other COVID-related factors have helped drive the housing activity — including people who are reassessing their lifestyles and those who now envision a future of working remotely.

For the realtors who have gone through the ups and downs of the Outer Banks market, the 2020 surge is unlike the market that was seen 14 or 15 years ago.

“The last time it was booming like this, peoples’ excuses for buying then was, well, ‘if I can’t afford it, then I’ll sell it and make money.’  They were very concerned about the numbers,” Scott said.  But that focus on rental income and appreciation of the property’s value has changed, he believes.

“Interest rates certainly are a big factor,” he said. But there is something else happening as well. “I think every with all the circumstances going on earlier this year, people are just reevaluating what they want with their life.”

One of the lessons that is emerging from COVID-19 is that many jobs can be done from home, a lesson Hatteras Realty associate broker Danny Couch is seeing in the homes he is selling.

“I’ve had two sales that have been work at home. One is a person from Northern Virginia, [who feels] if you’re going to work at home from a computer or a laptop, you might as well do it with a water view,” he said. “If you have some trepidation about the oceanfront, the soundfront certainly looks good. You’re trading the sunrise for a sunset.”

Scott agrees that what is happening is a lifestyle choice.

“I think the Outer Banks is a special place for folks, and they want to spend more time here. It’s just, I need a place to get away,” he said.

The decision to either use a home on the Outer Banks as a primary residence or a second home may have some impact on the rental market. With more than 300 rental properties, Outer Banks Blue is an important part of the local seasonal rental market and Cafferty has noticed a trend he has not seen before.

“We always have properties that are in a rental program that get sold, but typically the buyer wants to assume the relationship and continue to rent,” he said. “We’ve had a record number of properties this year where the owner says, ‘No, I don’t want to rent anymore…’ We have 18 properties that have been taken out of the market.”

In analyzing the MLS data, Dan Sutherland, the MLS and Operations Director for OBAR, sees a clear trend toward the smaller homes that could be used as a primary residence.

Existing homes are not the only segment of the local market that is selling well. Lot sales are also relatively strong. And as people purchase lots or think about a lot they may already own, that is helping heat up the Outer Banks construction industry.

Mark Martin and his wife Sandy own Sandmark Construction and have been building homes on the Outer Banks for 25 years. According to Martin, what is happening in 2020 is new.

“We’re getting at least one phone call a day, people looking for work to be done. It’s anywhere from remodeling their kitchen, bathroom to building a new house. And that is pretty much unheard of. [In the past], we would get maybe two calls a week, somebody inquiring about something. But this is at least one a day,” he said.

It is the inquiries about new homes, though, that stand out. Typically, Sandmark builds three to five new homes per year. Suddenly the firm is being inundated with inquiries about their custom homes.

“We’re getting quite a few new home inquiries. We’ve had at least 15 inquiries for new homes since the middle of July,” he said.

The company already has three new homes about to begin new construction, but Martin cautions anyone hoping to have a home built and ready for occupancy quickly. And for those without a lot, he added, finding one, closing on it, getting a construction loan and getting on a home builder’s schedule all takes time.

“You’re looking at almost a year out,” Martin said.

As hot as things have been, there are concerns about how long the current level of real estate activity can continue. The inventory of properties coning on the market is not keeping pace with sales.

Interviewed toward the end of September, OBAR’s Sutherland sees a shrinking inventory.

Aware of the declining inventory, Scott sees a parallel that could again limit the number of homes that will be sold on the Outer Banks.

“The reason why we didn’t sell more real estate [in 2005] was because there wasn’t any,” he recalled. “There was no inventory.”