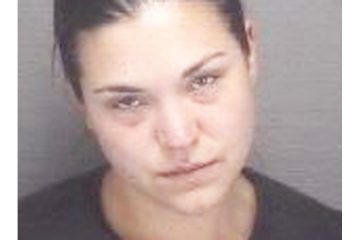 The following press release issued on Sept. 29 by the Kill Devil Hills Police Department regarding an alleged domestic assault begins with an explanation of why the department is issuing the kind of public statement it would not usually produce in such a case.  Here is the statement.

“Typically, the Kill Devil Hills Police Department does not issue public statements on domestic-related crimes. This is primarily done out of respect and consideration for the privacy of the domestic violence survivor. However, social media now plays an outsized role in the propagation of information, some factual, some less factual. This particular incident has entered the public sphere through Facebook posts and shares. As a result, the Department feels it is important to put out factual, reliable information concerning the incident to help prevent confusion and misinformation.

On Saturday, Sept. 26, Kill Devil Hills police officers were dispatched to a condo at the Oyster Point Condo complex at 700 Skipjack Lane in reference to a stabbing incident. Upon arrival, officers quickly rendered aid to the victim of the stabbing and detained the suspect, Katherine R. Denny, 34, of Kill Devil Hills. Probable cause was established to determine that Ms. Denny had stabbed her boyfriend and she was arrested. She has been charged with assault with a deadly weapon.

The victim was transported to Outer Banks Hospital where he was treated for his injuries and released.

Ms. Denny was transported to Dare County Detention Center. No bond was set at the time of the arrest as North Carolina has a 48-hour custody rule for domestic violence related crimes. This is done to provide a “cooling off” period and to ensure the domestic violence survivor has an opportunity to take steps to protect themselves. Subsequent to the 48-hour hold, Ms. Denny was given a $10,000 unsecured bond.

About bonds: A bond is placed on an individual who has been arrested to ensure their appearance in court. With a few exceptions related to public safety, this is the only purpose of the bond. It is not a punishment and cannot lawfully be used as such. The person under arrest has a presumption of innocence regardless of any circumstances concerning their case. The police department has no role in setting a bond: this is done by a magistrate or judge. There is a recommended bond guideline for judicial officials to follow; however, they also take into account facts such as the person’s residency, ties to the area and any record of the person failing to appear for any past court dates.