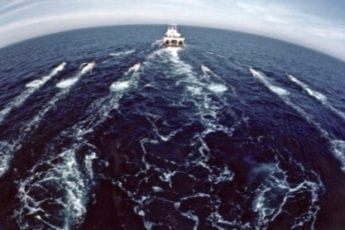 Aside from the recent news that President Trump has decided to include North Carolina in a moratorium blocking offshore drilling, environmental advocates are now cheering news that seismic testing in the waters of the Atlantic has been put on hold for an undetermined period of time.

Seismic testing, which explores for offshore energy deposits using methods that critics say are harmful to marine life, is a crucial first step in the offshore drilling process.

This release was issued on October 1 by the environmental group Oceana.

A status conference on seismic litigation revealed today the industry will not pursue efforts to employ seismic blasting to search the Atlantic Ocean for offshore petroleum deposits this year, and possibly for several years.

The hearing marked a victory for dozens of organizations and thousands of coastal communities and businesses in a years-long legal and public battle challenging the government’s issuance of Incidental Harassment Authorizations, or IHAs.

Those authorizations were needed because the air-gun bombardment of the sea floor would have hurt ocean animals, including the critically endangered North Atlantic right whale.

“Communities can breathe a little easier knowing the Atlantic is now safe from seismic airgun blasting in 2020. Today’s much needed news is a bright spot and in line with the court of public opinion. Over 90 percent of coastal municipalities in the proposed blast zone are opposed to opening our coast to offshore drilling and its dangerous precursor, seismic airgun blasting,” said Diane Hoskins, Oceana campaign director.