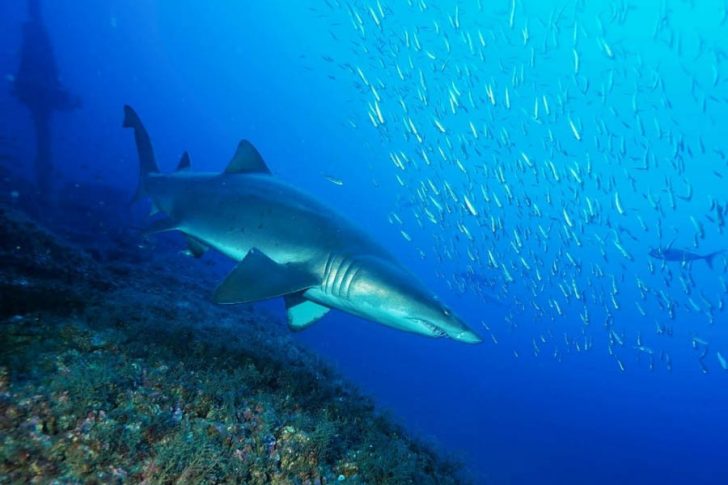 The Graveyard of the Atlantic Museum unveiled an exhibit mid-September, which will be on display through late March 2021. It features the underwater photography of shipwreck researcher, scuba diver, and historian, Marc Corbett. The exhibit gives viewers a chance to dive under the sea and see spectacular sites from a diver’s view. Corbett included images of shipwrecks and sea life from three distinct Outer Banks diving areas: Southern wrecks, Diamond Shoals wrecks, and Northern wrecks. The photography captures the physical differences in each ecosystem including the color of water, its clarity, and the sea life generally present there.

Corbett has lived on the Outer Banks of North Carolina since 1994, he is an avid surfer and skateboarder. Combining a love for history and diving, he has become a dedicated shipwreck hunter researching and exploring wrecks in shallow and deep water. He is currently putting together a book on the near shore wrecks of North Carolina.

Corbett has a BS in Biology from Virginia Commonwealth University and is a carpenter by trade. He works on the dive boats Lions Paw and Under Pressure out of Hatteras inlet.