WHAT TO WATCH ON TV
Stream On: Rare birds worth the sighting—Northern Exposure and A Nero Wolfe Mystery 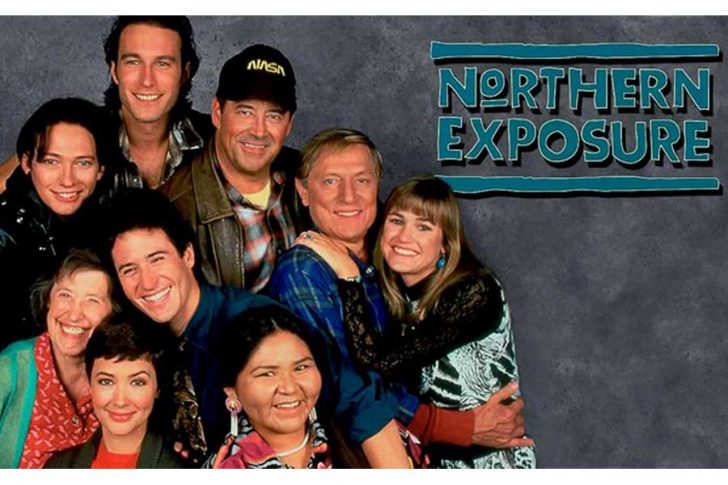 The quirky inhabitants of Cicely, Alaska, delighted millions of TV viewers in the 1990’s. (IMDb.com)

TV streamers have gotten used to finding and watching almost anything they can recall or think of, from [The Honeymooners] to [Deadwood]. But sooner or later comes a time when they visit JustWatch.com and find that a fondly remembered show is just not streaming anywhere. There are steps that can still be taken.

In 1990 John Falsey and Joshua Brand, who had had successes on TV with St. Elsewhere [streaming here] and I’ll Fly Away (not streaming), placed an eight-episode comedy-drama summer replacement series on CBS. Northern Exposure‘s cold opening showed a young man and a businessman on an airplane, the young man rationalizing his decision to establish a medical practice in Alaska.

The businessman is making a small effort to appear interested in this rambling tale of how the state of will pay for the new doctor’s medical school in return for a four-year practice there, when he finally says, “Have you ever actually been to Alaska?”

Then the opening credits roll, credits which would soon become very familiar to most of the country [here is a list of awards won by the show], of a moose wandering through a northern town to the accompaniment of a jaunty Calypso song [hear it here], signaling the eclecticism to follow.

Dr. Joel Fleischman (Rob Morrow, [The People Versus OJ Simpson]), a neurotic and homesick Manhattanite, sets up practice in the tiny remote town of Cicely, Alaska. The story is the characters he finds himself surrounded with, who defy his ideas of rustics. There is a retired astronaut and multimillionaire businessman who owns the newspaper and radio station and hopes to make Cicely into the Alaskan Riviera; Joel’s landlady, a former debutante who now works as a bush pilot; the 70-year-old owner of the local restaurant and bar and his 25-year-old wife; and native Alaskans Ed Chigliak and Marilyn Whirlwind, respectively a handyman/aspiring movie director, and Joel’s receptionist. These characters and others play against type, often to the chagrin of Joel, but always to the delight of the audience.

Northern Exposure streams nowhere. The only reliable way to see it is to buy DVDs or Blu-rays on Amazon.com, but there’s even a story there: The original releases were wildly expensive due to licensing of much of the music that was used. Later releases used canned music in its place, and even later releases restored some of the music [see MooseChick.com]. It’s a bit of a gamble as to which will arrive in your mail. There are also sets available on eBay. Scenes and occasional full episodes can be found on YouTube.com and Dailymotion.com; the full episodes are either framed or flopped horizontally, probably in the hope of avoiding lawsuits.

Getting DVDs from high-rated sellers on eBay might be the easiest way to collect them. Prices for the full series there run from roughly $40 to $50. The first episode (in mirror image) can currently be seen on [Dailymotion.com] for those who might be interested. 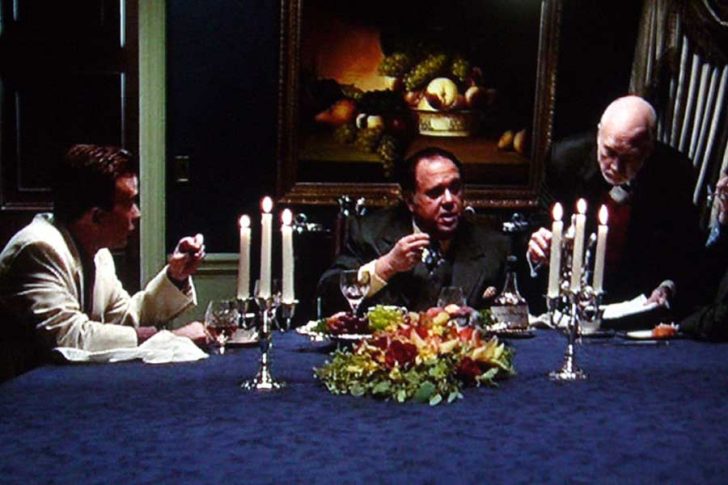 In 1894, British author Arthur Morrison created one of the first fictional private detectives, Martin Hewitt. Arthur Conan Doyle had got there first, but Hewitt was meant to be an everyman type, a later staple of hard-boiled fiction, unlike the scholarly genius Sherlock Holmes. In 1934 Rex Stout wrote Fer-de-Lance, featuring as protagonists a Sherlock Holmes type and a Martin Hewitt type working together: Nero Wolfe was a brilliant, oversized, eccentric armchair detective (who actually almost never left his armchair) living in a townhouse in West 35th Street in Manhattan. Archie Goodwin, a sharp-dressed, wise-cracking denizen of the streets, was his confidential assistant who had a bedroom on the third floor of Wolfe’s house.

While he wasn’t reading military history, eating, drinking beer, or attending to his orchids, Wolfe solved crimes for whomever could pay his exorbitant rates. Archie was his leg man, and the narrator of the stories. We are talking Sherlock Holmes-level crime (and entertainment) here, in 33 novels and 41 novellas and short stories. To fans, incuding me, Wolfe’s office was as familiar as Holmes’ drawing-room in Baker Street.

A handful of radio treatments and movies were made featuring Wolfe before Rex Stout became disenchanted and swore off lending his name to adaptations. Sydney Greenstreet played Wolfe in a radio series and a 1950 TV series. In an aborted 1959 TV series, William Shatner played Archie Goodwin.

Which brings us to the Mac-Daddy of Nero Wolfe television treatments, A Nero Wolfe Mystery, featuring Maury Chaykin as Wolfe and Timothy Hutton as Archie, who again narrates the stories. The series was preceded by an A&E TV movie in 2000, The Golden Spiders: A Nero Wolfe Mystery [IMDb.com], which proved popular enough to greenlight the series.

The show is set, as the stories were, in the 40s and 50s, uses a lot of Stout’s original dialogue, and is very true to the books. What it is not, is streaming. But those who loved the books and this series may watch it—at a price.