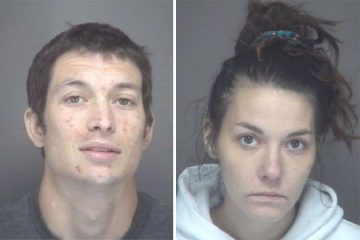 There is some additional information about the two Buxton residents who were charged on Oct. 5 with breaking and entering a motor vehicle and put under an unusually large $1,000,000 bond. Madison Paige Hershberger, 24, and Wyatt Hayes Kennedy, 30, were initially charged with a misdemeanor before being re-charged with the harsher felony charges in connection with the case.

In explaining the high bond, Captain Kevin Duprey of the Dare County Sheriff’s office told the Voice that the two suspects are also “being looked at for other cases, similar cases” that involve breaking and entering. County records also indicate that the suspects could be released from incarceration and turned over to their families for the purpose of taking them to a rehabilitation facility where they would be mandated to complete six months of treatment.