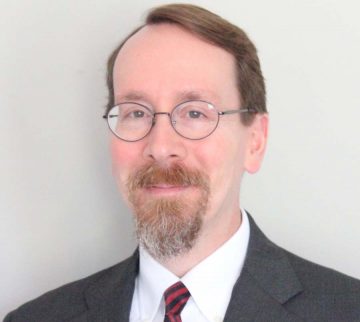 After signaling a desire to address affordable housing at its September meeting, the Manteo Board of Commissioners this week heard Town Manager James Ayers discuss several options for addressing the issue – including the possibility of a small pilot project on a town-owned piece of land on Sir Walter Raleigh St.

Ayres, who called his presentation at the Oct. 7 commissioners meeting “an initial step in the public dialogue surrounding affordable housing,” discussed everything from the town developing and managing a housing project, to initiating a neighborhood assistance program that would offer financial aid to residents faced with significant home repairs such as roof replacement.

Referencing the widespread need for workforce housing, Ayres acknowledged, “I can tell you right now, I have staff that live in five counties – many of them having to drive quite a ways to get here. It’s so much better when your employees can be here, in the community.”

The need for reasonably priced housing for workers and low-income residents —alternately called “essential” or  “workforce” or “affordable” housing — has emerged as a major public policy issue in this election year, atop the agenda of both Dare County School Board and County Commissioner candidates.  Thus far, progress on the difficult issue has been slow and Dare County Board of Commissioners Chairman Bob Woodard has encouraged individual municipalities to launch their own initiatives.

During the Oct. 7 presentation, Ayres told the board that if it decides to take steps this fiscal year, “Whether it’s even simple design fees, looking at sites or consulting fees – even if we don’t put one unit on the ground, we’d still have some initial costs.”

He also outlined several areas of the budget where the town recognized unexpected surpluses that could be used to address affordable housing as well as other projects, adding that, “We are hearing this board wants to take some action and we’ve heard the words, ‘We don’t want to study, we want to do, we want to help the people.’ We hear that message.”

But Owens also stressed his desire to work in concert with the county, which entered into a pre-development partnership with the UNC Chapel Hill School of Government to identify suitable land and solicit investors to develop it. Despite being earmarked as prime land for such housing, the county-owned Bowsertown tract has, so far, failed to attract investors.

“I would love for [the county] to take lead, and us fall in with them…We don’t want to get ahead of them, we want the county to know we are right behind them,” Owens added.

Noting that Manteo has an advantage over other jurisdictions with its municipal sewer and water services, Owen said the board was committed to getting something started: There’s a need and urgency for it.”

The town-owned property that could be a potential site for workforce housing is just shy of an acre and located on Sir Walter Raleigh Street, adjacent to the Pea Island Lifesaving Station Museum and Cartwright Park. Commissioners annexed the property at their September meeting so that it officially falls within town limits.

Owens said that the property would only accommodate four to six units. “It’s not enough, but it would be a start,” he asserted, adding that there are a few more tracts in the town that could be considered. Ayres said at the meeting that when considering town-owned property, the town could enter into a public-private partnership with a developer or opt to manage it as a municipality.

Still, he added, such a venture will require a strategic plan that includes research and education, identifying a user group and planning that engages stakeholders and the community. He said that if the town moved forward, it would pursue grants and credits so that it would be no cost or low cost to the taxpayers.

“We want to make sure we keep affordability here in an even more fundamental way for everyone,” Ayres noted.