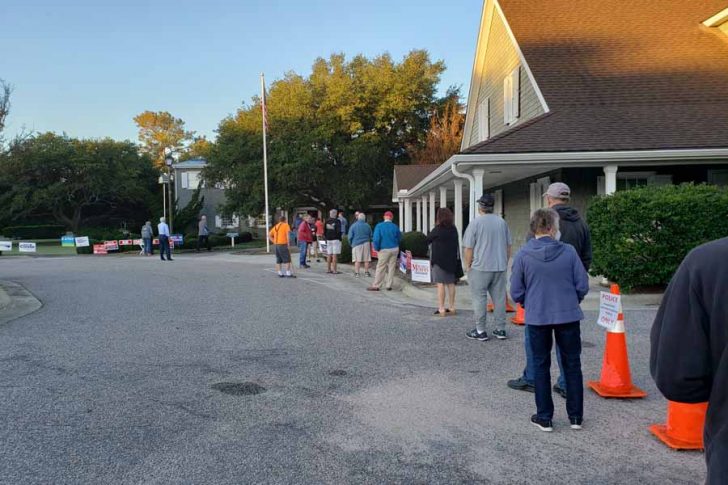 As of 5:30 p.m. on Oct. 15, nearly 553,000 mail-in ballots had been accepted in North Carolina. Combined with early voting numbers, more than 782,000 North Carolinians have already voted in the general election, about 11% of registered voters.