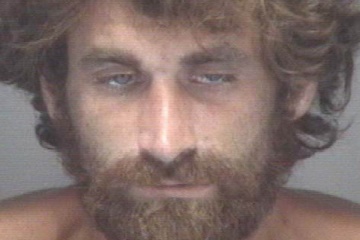 Dallas Colby Twyne, the 28-year-old Manteo man arrested for hit-and-run and possession of drugs in Wanchese in July, was arrested last week in Plymouth, N.C. on charges of Driving While Impaired and Hit-and-Run, Leaving the Scene of an Accident, with property damage involved after he struck a parked car with no one inside.

That incident took place on Oct. 8 on U.S. 64. According to a Plymouth Police detective familiar with the case, Twyne was subsequently released on bond.

Back on July 22, Twyne was arrested by Dare County Sheriff’s deputies responding a hit-and-run near 674 Old Wharf Rd, in Wanchese. At that time, he was charged with Possession of Scheduled II Controlled Substance, Possession of Drug Paraphernalia, and Hit and Run Leaving the Scene of an Accident. And he was released on a $12,000 secured bond.