Dare Board moves ahead on affordable housing sites 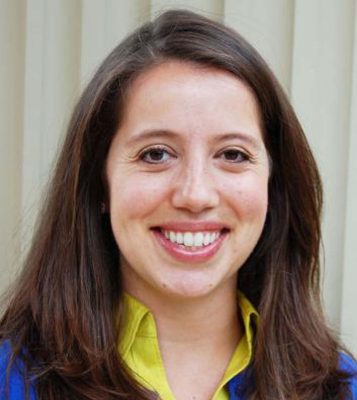 In her presentation, Marcia Perritt told the commissioners that nearly 3,000 people declined employment in Dare County last year due to a lack of housing.

In an effort to generate more reasonably priced housing here, the Dare County Commissioners unanimously authorized the county to move forward in selecting an architect to develop conceptual plans for roughly 64 affordable rental units at the county-owned Bowsertown tract in Manteo. Also at their Oct. 20 meeting, the commissioners gave the green light to its UNC-Chapel Hill partners to pursue a second site to accommodate an additional 60 housing units.

The moves by the board came after a presentation by Marcia Perritt, associate director of the Development Finance Initiative (DFI). Part of the UNC-Chapel Hill’s School of Government, DFI advises communities on attracting private investments for projects such as the Low-Income Housing Tax Credit (LIHTC) Program, which provides a tax incentive to developers to construct affordable rental housing.

“We want to help you all get private development partners to get units built, shovels in the ground,” Perritt told commissioners, who earlier this year entered into a pre-development partnership with DFI to identify suitable land for affordable housing and solicit investors to develop it.

During her presentation, Perritt also discussed the employer survey initiated by DFI in Dare County earlier this fall, in which 500 businesses participated. The results, she said, highlighted the urgent need for such housing as a way for businesses to attract good employees.

Those results indicated that there are an estimated 1,200 units needed in Dare County to meet the current demand for low-income residents, defined as earning less than 80 percent of the Area Median Income.

“This does not account for non-resident employee demand,” asserted Perritt. “Approximately 5,400 current employees struggle to find affordable housing in Dare County and as a result, many of these employees live outside of the county and face pretty long commute times.”

Perritt added that 87% percent of survey respondents indicated that the lack of essential housing in Dare County limits their ability to attract and retain employees and that it has become more difficult in the past five years.

“Approximately 2,800 people in the past year alone have declined employment in Dare County due to lack of housing,” she added. “This really speaks to how this undersupply of affordable housing and how it is limiting the ability to attract new employees to the area and hindering economic development.”

Perritt said the next steps in bringing affordable housing to Dare County include engaging an architect and DFI providing a more specific, pre-development analysis as well as a financial feasibility analysis. The group will then help the county solicit a private development partner and negotiate the development agreement for the two potential housing sites.

“We will absolutely want to engage an architect that is experienced with this specific type of housing and we have a good rolodex of who those architects are around the state and can help identify potential options for you.”

Located on California Lane, the Bowsertown tract has long been eyed as a potential site for affordable housing in Dare County, but so far has not attracted investors. Perritt indicated that maximum rents for tax credit deals targeting household at 60 percent of the Area Median Income would be $680 a month for a one-bedroom unit and $810 for two bedrooms, with one-bedroom units averaging about 850 square feet.

Earlier this month, the Manteo Board of Commissioners signaled its desire to take some steps of its own to address the affordable housing crunch, with Town Manager James Ayres outlining some potential options the town could take while even identifying a potential site on a small town-owned tract on Sir Walter Raleigh Street.

Several commissioners during the Oct. 20 meeting noted the possibility of relocating a state-owned boat ramp on the Bowsertown tract to the other side of the canal to achieve more units, which Perritt noted could potentially include mixed-income housing. Dare County Manager Bobby Outten said he would direct staff to see if that was a possibility.