WHAT TO WATCH ON TV
Stream On: WWII bookends Band of Brothers and The Pacific 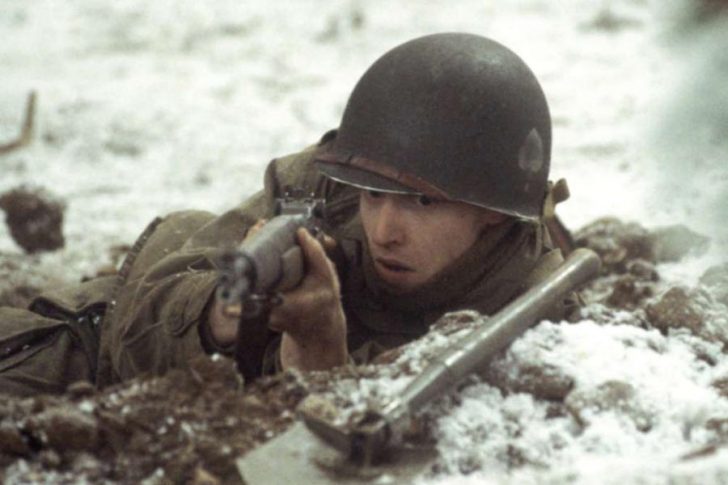 The men of Easy Company fend off frostbite, hunger and the enemy while holding the line in a forest outside of Bastogne in Band of Brothers. (HBO.com)

In Shakespeare’s Henry V, King Henry urged his soldiers, who were vastly outnumbered by the French, to recall how the English had previously inflicted great defeats upon the enemy:

We few, we happy few, we band of brothers.
For he today that sheds his blood with me
Shall be my brother; be he ne’er so vile,
This day shall gentle his condition.

After the runaway success of Steven Spielberg’s epic World War II film Saving Private Ryan [streaming here], Spielberg and the film’s star, Tom Hanks, produced two comparable miniseries for HBO; these are two of the greatest TV presentations I can think of.

This 2001 miniseries takes its title from the Shakespeare quotation above. Based on Steven E. Ambrose’s 1992 nonfiction book, it dramatizes the history of “Easy” Company, 2nd Battalion, 506th Parachute Infantry Regiment, of the 101st Airborne Division from jump training in the US to its participation in major actions in Europe during WWII.

After basic training, The citizen soldiers parachute into Normandy on D-Day, but become scattered in the fog of war. The company commander is killed in his plane and First Lieutenant Dick Winters (Lewis) takes command. The 10 episodes follow the members of Easy Company as they fight their way into Germany, winding up at the Eagle’s Nest in Bechtesgaden (Hitler’s home) and at Herman Göring’s house. The miniseries also features emotional present-day interviews with some of the soldiers portrayed.

Band of Brothers premiered on September 9, 2001, to universal acclaim and an audience of 10 million. Two days later, the 9/11 attacks on New York and Virginia took place and HBO ceased its marketing campaign, and viewership dropped until the 10th episode registered 5 million.

The series was nominated for 20 prime time Emmy awards, and won seven. It won the Golden Globe award for best miniseries, among many others. Historical accuracy is largely maintained, with small tweaks for drama employed. Band of Brothers has become a benchmark for World War II series. A German series, Generation War [available on Amazon Prime], was characterized by critics as “Band of Brüder” (the German word for brothers). [Here] is an HBO trailer, which features some of the beautiful orchestral soundtrack written by Pink Floyd orchestral arranger Michael Kamen. 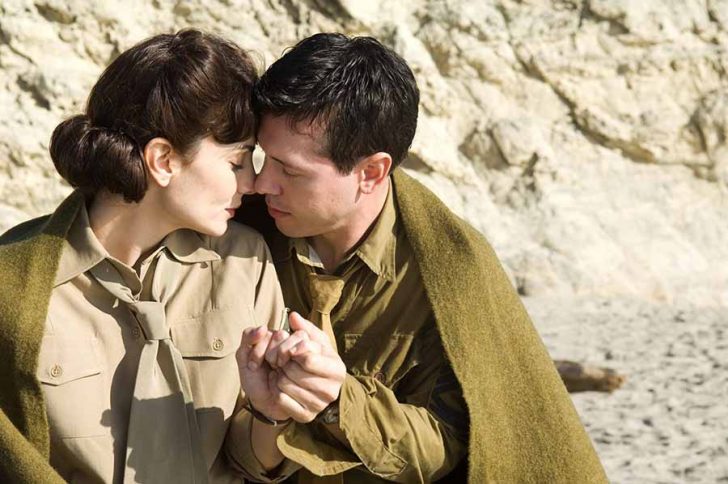 John Basilone is awarded the Medal of Honor on Guadalcanal and is sent home to sell war bonds, where he meets and marries Lena Riggi while longing to get back to action in The Pacific. (IMDb.com)

This 2010 companion miniseries to Band of Brothers is based on the books With the Old Breed by Eugene Sledge and Helmet for My Pillow by Robert Leckie, and tells the stories of Marines Sledge and Leckie, and John Basilone, in different regiments, from the fighting in Guadalcanal until V-J day.

Sergeant John Basilone (John Seda), The only enlisted marine to receive both the medal of Honor and the Navy Cross in WWII, lands on Guadalcanal with the 1st Marine Division in August 1942. He earns his medal of honor, and his sent home a hero to sell war bonds, where he chafes at being put on display and longs to return to the front. He meets his future wife at camp Pendleton and is married in 1944, before returning to the fleet where he takes part in the invasion of Iwo Jima.

Private Leckie (James Badge Dale) lands on Guadalcanal with the 7th Marines and fights in the Battle of the Tenaru, before being relieved and deploying to Australia. There he falls in love with a girl who invites him to stay at her parents house, before receiving the medal of honor. He too is sent home to sell war bonds.

Eugene Sledge (Joseph Mazzello) persuades his parents to let him enlist and after training, arrives with the 5th Marines on Guadalcanal where he keeps notes, which would later become his memoir With the Old Breed. He rises to the rank of corporal and operates a 60 mm mortar (a portable cannon) until the fighting becomes too close, then serving as a stretcher bearer and rifleman, making it to Okinawa.

The Pacific takes more time at the home front than its predecessor and includes some romance and a little comedy along with the horrific fighting, but it’s no less compelling. It won eight Emmy awards, a Peabody award, and was nominated for the Golden Globes award for Best Miniseries. [Here] is its HBO trailer, “Our cause is just.”