Four unaccounted for in Buxton blaze

Update Oct. 23 at 9:30 am: Dare County Emergency Management says four individuals remain unaccounted for after a large structure fire broke out early this morning at 46110 Cape Hatteras Lane in Buxton.

Volunteer fire departments from Buxton, Hatteras and Frisco responded shortly after 4 a.m. when a caller reported that flames were visible at the structure. Dare County EMS was also dispatched to the scene and transported two individuals to the Outer Banks Hospital in Nags Head for care.

A second alarm went out shortly after, and additional units responded to the scene. Fire crews remain actively engaged with the response at this time. The Dare County Fire Marshal will be investigating the cause of the fire. Updates will be provided as findings are reached. 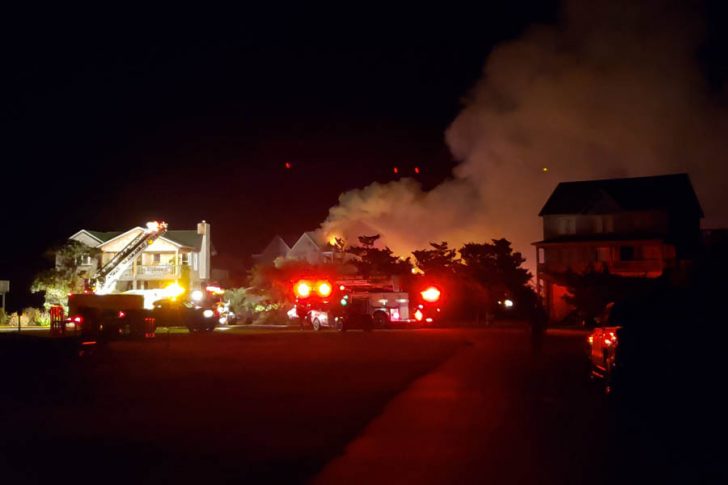 Early this morning, the Voice received this information and photos from someone in Buxton who said he was awakened at about 5 a.m. this morning by the sound of an explosion. He reported that several houses on Diamond Shoals Drive were burning fiercely.

More details as they become available.