Deane of the waves 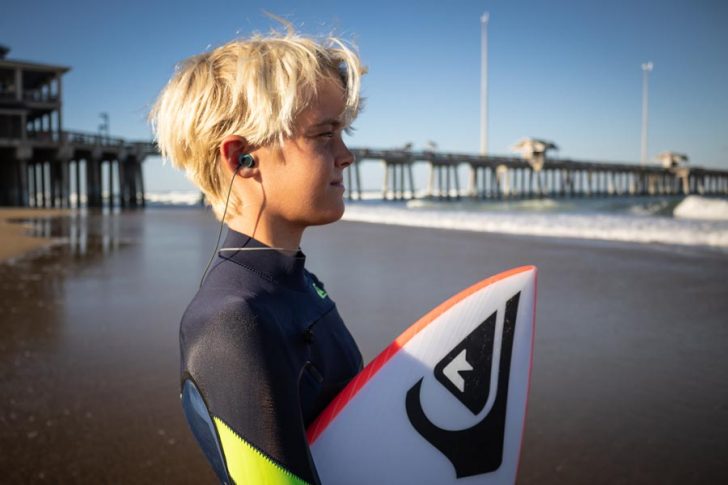 There aren’t many days that 12-year-old Will Deane of Kill Devil Hills doesn’t paddle out to catch some waves – whether it’s to surf with his buddies on the Outer Banks, train in popular locations like Lower Trestles, CA, or, as was the case on Oct. 22, bring home another championship win.

“I think in the last two months, there have only been two or three days that I didn’t surf,” says Deane, who last week placed first in the National Scholastic Surfing Association Nationals (NSSA) 12 and under division at Jennette’s Pier.

Growing up on the Outer Banks and having parents who own a surf shop, Deane began heading out on a long board at local breaks with his dad, Shawn Deane, when he was about four years old. Two years later, Deane entered his first surf contest.

Fast forward six years, and in 2019 alone, the Outer Banks seventh grader competed in 27 surf contests, finishing in the top four in at least one age group division in 20 of them and winning divisions in 14 of them. He is sponsored by Quiksilver, and on Oct. 25, was dubbed by the World Surfing League (WSL) as potentially the next up-and-coming Kelly Slater.

“It’s still kind of an unreal thing, watching him win nationals,” says Shawn of his son winning the NSSA national title earlier this month. “Obviously, we believe in him and believe he could do it…It just seemed like, in my mind, he was going to end up with an East Coast title before a national title. And he really skipped that and went straight up.”

Other recent wins Deane has brought home include a first place in the 2019 Eastern Surfing Association’s Mid-Atlantic Regionals, 2019 Rip Curl Grom Search and the Carolina Cup Junior Pro just to name a few. He was also named 2020 Grom of the Year by Sun Bum. (Grom, for the uninitiated, is a reference to Deane’s tender age.)

On Oct. 25, the WSL posted Deane’s video edit of him executing a series of impressive aerials during a recent session at BSR Surf Park in Waco, TX.  Of Deane, WSL’s Bryan Benattou wrote, “We’re getting some young Kelly vibes from this 12-year-old shredder from the Outer Banks. Big call? Yes…But we’ll give you five reasons.

“He’s from the East Coast, surfs for Quiksilver, is a regularfooter, dominates the NSSA (even in higher divisions) and drops rad freesurf edits. That’s just about as close as a grom can get to the 11x World Champ and greatest of all time.”

Of this growing recognition Deane said, “That was pretty cool. It was awesome. It definitely helps when all those people are noticing me and picking my stuff up.”

When Deane first started competing, what he loved most about surf contests was the atmosphere. “All my friends were on the beach and it was really fun,” he recalls.  But along with the comradery, Deane’s competitive nature also kept him focused on winning.

“He’s always been super competitive,” acknowledged Shawn, who along with his wife, Nikki, are co-owners of The Secret Spot in Nags Head and The Spot’s two locations in Nags Head and Kitty Hawk. “I think for as long as I can remember, especially with surf contests, he’s always wanted to win even when there was almost zero chance against the older kids. I think the closer he would get in some of the heats, particularly in the earlier years, it kept him engaged.”

As Shawn began video-taping his son’s surf sessions, Deane was able to watch himself surf and make corrections when he returned to the water. The young Deane also helped his dad to create surf video edits, which have recently been picked up by Stab Magazine, WSL, Eastern Surfing Magazine and Surfline. 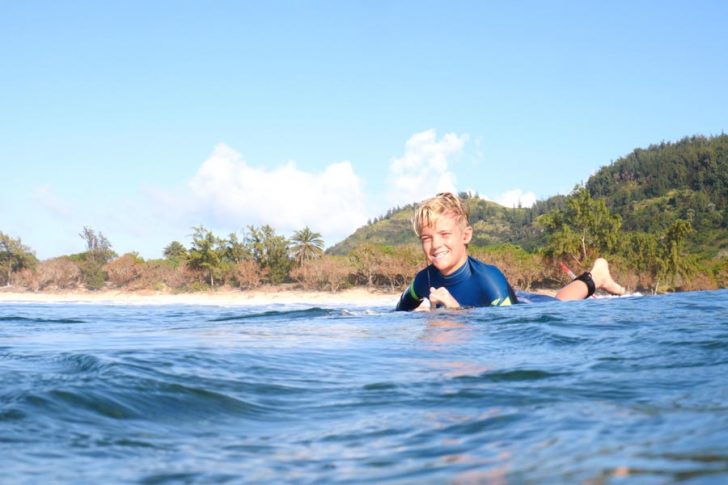 So far this year, Deane has surfed and trained in Costa Rica, Hawaii, New Jersey, California, Texas and Maryland and competed in Florida and South Carolina.

As far as what’s on the horizon, Deane is heading to Lower Trestles in California for training. In December, it’s on to Costa Rica for more training and then he’ll head to Florida for the USA Surfing Prime #1, for which Deane is currently tied for first in the Under 14 division season standings.

From there, he will be in Hawaii for a month training with his coach, Geoff Armstrong. In the early part of next year, Deane will also compete in the USA Surfing Prime #2 in Florida in February, as well as the Junior Pros in March and April at Coco Beach and Barbados.

With his busy travel schedule, Deane began an online homeschooling program with Bridgeway Academy in Pennsylvania at the beginning of his sixth-grade year after attending Nags Head Elementary School. Now a seventh-grader, Deane said he isn’t tied to a computer and can complete the coursework on his own time.

“One of the best things about traveling is I meet so many people in different places, and I have friends in Costa Rica and Hawaii, and California, Florida and New Jersey – all over the place, so that’s pretty cool.”

Deane said that growing up on the Outer Banks has given him an advantage in his surfing.

Because of the frequently barreling Outer Banks surf, he noted, “I think my barrel riding is better than most. Here we have a beach break and that helps with all different kinds of surf – rail surfing, airs, small waves, big waves. We have all different kinds of waves, so it helps a lot when you go to other places.”

As for his favorite surf break on the Outer Banks, Deane says it’s “S-turns” on Pea Island National Wildlife Refuge. “When it’s good, it has really good barrels and all rights [waves that break to the right] usually.”

When Deane isn’t surfing, he likes to pass the football, skateboard and ride his on his Ebike.

As for the young surfer’s long-range goals, he says with conviction: “To make the [World] Championship Tour and win a world title.”

Will Deane wins at home!!!