GOP appears to win all 5 contests for BOC and BOE 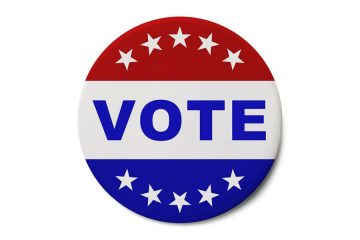 Republicans enjoyed another good election night in Dare County and its environs.

The margin was larger in the race for the four-county District 6 seat in the North Carolina House of Representatives. There, first-term Republican Bobby Hanig, of Powells Point, defeated Southern Shores Democrat Tommy Fulcher, by a 64%-36% margin.

With Dare County results rolling in shortly after 11 p.m., it appeared that all five contested races on the Dare County Board of Commissioners and Board of Education had been resolved in the favor of Republicans.

In the contested battles for the Dare County Board of Education, incumbent Republican David Twiddy finished with a 5,500-vote lead and a 62%-38% margin over Democratic challenger Charles Parker in the contest for an at-large seat. In the District 2 battle for an open seat, Republican Susan Bothwell defeated Democrat Jen Alexander by about 2,500 votes and 56%-44% margin.

And in the race that seemed to highlight the power of being a Republican candidate in Dare County, Republican challenger Carl Woody II defeated Democratic incumbent Bea Basnight, the board’s chairperson, by about 900 votes and a 52%-48% margin.

In key federal and statewide races, Dare County also favored the Republican. In the race for the 3rd U.S. Congressional District seat, Republican incumbent Greg Murphy, who amassed a large 63%-37% lead over Democrat Daryl Farrow in the district, won by a 60%-40% margin in Dare County. The U.S. Senate race between Republican incumbent Thom Tillis and Democratic challenger Cal Cunningham showed Tillis with about a two-percentage point lead statewide, but in Dare County, he won by a comfortable 57%-40% margin.

Democratic incumbent Governor Roy Cooper appears to have won re-election by about a 52%-47% margin over Republican challenger Dan Forest.  But Forest defeated Cooper in Dare County by a 55%-44% tally.

And finally, with President Donald Trump and Joe Biden locked in a very close race statewide, Trump took Dare County 58%-41%. For the record, Trump carried the county by about 22 percentage points over Hillary Clinton in 2016.