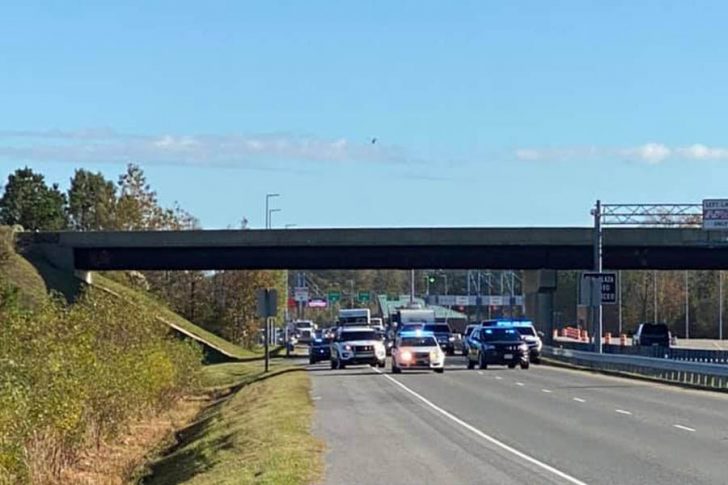 Update 11/10 at 11 a.m.:  According to the Currituck County Sheriff’s Office, the suspect in yesterday’s manhunt incident is Bryant Marcus Wilkerson, 27, a resident of Virginia Beach. He has been charged with a number of felonies in both Virginia and North Carolina. The North Carolina charges include possession of firearm by a felon; fleeing to escape arrest; felony larceny and robbery; and assault with a deadly weapon.

Wilkerson is currently being held in the Chesapeake VA city jail with no bond.

11/9 at 3:34 p.m. The Currituck County Sheriff’s Office has just posted this report on its Facebook page regarding the capture of an armed robbery suspect who fled the scene in Grandy, triggering a manhunt that led to his arrest in Chesapeake.

Here are the details.

“We responded to a robbery this morning outside the Grandy Food Lion. Suspect with a 9mm handgun held up someone in the parking lot at gunpoint and stole a laptop/tablet from the victim. The suspect then fled in a vehicle stolen from Chesapeake. Our officers found the vehicle in the Grandy area and a chase ensued. The suspect bailed out at the Mutts and Jeff’s restaurant after firing a round into the passenger window. The suspect fled into the wooded area by the rest area. We surrounded the area and used SWAT, HP and Dare Med flight to canvas the area. The suspect flushed out to the highway and held another motorist at gunpoint to take a truck which led into a pursuit that went into Chesapeake. We, with the help of Chesapeake Police, captured the suspect after a foot chase and now he is being detained. Thank you to all called in for your thoughts and prayers!”