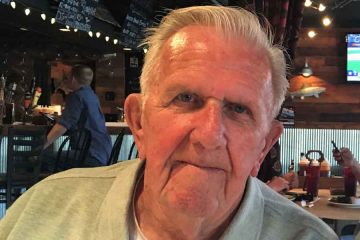 James Edward Dougherty, 89, of Grandy, NC died Monday, November 9, 2020, at his home. Born in Albany, NC on October 9, 1931, he was the son of the late Margaret Simmons Dougherty of Rensselaer, NY and James E. Dougherty of Albany, NY.

Honorably serving his country while stationed in Montauk on Long Island, NY, Jim was a veteran of the United States Air Force. In 1991, he retired after a 35-year career with IBM.

He and his wife Elaine, who predeceased him in 2015, were residents of the Carolina Club for over 15-years. Jim was a quick-witted man of few words. He loved sports, in particular the game of baseball.

There are no plans for a service at this time. In lieu of flowers, memorial donations may be made to the Lower Currituck Food Pantry, PO Box 374, Grandy, NC 27939.