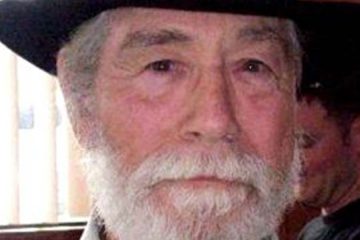 Robert Lewis (Bob) Maggio, loving father, and decorated Naval veteran, known as Dad, Pop, Granddaddy, and PawPaw to his family, passed away Wednesday, November 11th, 2020 at his residence in Elizabeth City, NC.  Bob was born May17th, 1931 in Baltimore, MD to the late George Michael and Susan Bowman.  He honorably served his country for over 20+ years as a BTC for the U. S. Navy, serving in Korea and Vietnam, as well as, several service tours.  After retirement, he worked at Supac and 17 South Garment Company as a Machinist.  He loved the outdoors, crafting things by hand out of wood, and he absolutely loved to travel, even if it was just a short country drive.  He loved his family and spending time with all of his grandkids and great-grandkids, any chance he could get.

Bob has requested no services.  In lieu of flowers, he had asked that donations be made in his late wife’s name to the American Diabetes Foundation,  PO Box 7023, Merrifield, VA  22116- 7023 or online at www.diabetes.org/donate.

Twiford Funeral Home, 405 East Church Street, Elizabeth City, NC is assisting the family with arrangements. Online memorial condolences may be sent to the family at www.TwifordFH.com.