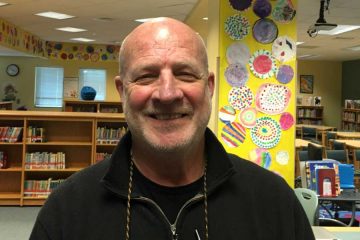 The popular Kitty Hawk restaurant Capt’n Franks was vandalized shortly after its owner, Harvey Hess, cast the lone vote at the Nov. 13 Dare Board of Education meeting against returning all students to remote learning.

In an interview with the Voice, Hess said the incident — which he described as dozens of eggs thrown at his property, costing an estimated $500 in damage — occurred sometime between 10:30 p.m. on Nov. 13 and 8:00 a.m. on Nov. 14 when his manager came to open the business and discovered the damage. Hess reported the incident to the Kitty Hawk Police Department, who came to the restaurant.

Acknowledging that “I don’t know who did it,” Hess said the timing of the vandalism led him to conclude that it was related to his position and vote on the highly charged issue of whether to keep schools open or teach remotely during the COVID pandemic.

“That was the message…This was done by people who were angry I disagreed with them…It’s really unfortunate and disappointing,” he said, adding that he viewed the vandalism as an outgrowth of the current “cancel culture.”

The Nov. 13 Dare Board of Education meeting, which ended Friday evening, was contentious at times with both Hess and fellow Board Member Joe Tauber questioning quarantining protocols after a COVID-19 case is detected within the Dare school system. Hess also suggested that teachers should perhaps look for another job if they couldn’t shoulder the task of teaching in an environment of COVID challenges and teacher shortages.

After he became the sole board member to vote against returning to remote learning in Dare County, a number of comments on the Voice’s website and Facebook page focused on Hess’s position — with some complimentary, but others clearly critical. For his part, Hess said that after the Nov. 13 board meeting, he got about “ten venomous emails and texts.”