Plan temporarily tabled by Planning Board 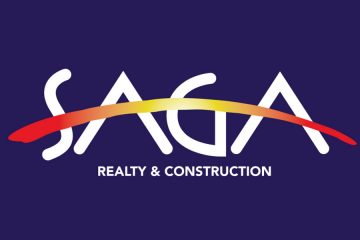 SAGA Construction is seeking to develop a cottage court project along the Kill Devil Hills oceanfront at milepost 7.5 as an alternative to constructing two 20-plus bedroom homes. The project’s site plan, however, was tabled by the Kill Devil Hills Planning Board on Nov. 17 after the town staff requested more information.

The plan by SAGA comes amid growing public concern over the proliferation of large event homes in town, and on the heels of an amendment to the town’s zoning ordinance this spring aimed at further encouraging cottage courts and cluster homes instead of what are often referred to as “mega-mansions.”

SAGA’s site plan includes 12 four-bedroom homes and two five-bedroom homes, all with under-the-house parking and individual swimming pools. The detached single-family homes would not exceed 2,500 square feet of gross floor area, would have a shared driveway and dune walkover with an open and covered deck.

Sumit Gupta, SAGA’s Chief Executive Officer, told the planning board at the Nov. 17 meeting that when he first put the property at 709 N. Virginia Dare Trail under contract, the initial idea was for two larger houses on the site, each with between 20 to 28 bedrooms.

“Through the process, I stopped. I know there was some willingness or desire from the town to see a different type of development on the oceanfront,” said Gupta during the meeting, adding that he planned to make the cottages unique from one another and not all the same design. “We are [currently] showing two different cottage types, and my intention is to come up with seven more, so it looks really nice.”

Existing cottage courts had been non-conforming in Kill Devil Hills and Nags Head since the 1980s, meaning that they were no longer a permitted use under the zoning ordinance. Given that, and with large event homes becoming a lucrative investment, traditional cottage courts have been steadily disappearing from the Outer Banks landscape over the past decade or so.

However, both Kill Devil Hills and Nags Head in recent years have sought to reverse that trend by adopting changes to their zoning ordinance to encourage modern versions of the classic cottage courts of years past.

In 2016, Nags Head amended its zoning ordinance to allow for cottage courts that met specific requirements. Since then, the property that was once home to the Whalebone Hotel at milepost 16.5 was re-developed into Whalebone Ocean Cottages with seven new three- to four-bedroom cedar shake homes.

In Kill Devil Hills, where cottage courts like the Homestead and Wright Cottage Court are a dying breed, the Board of Commissioners in 2018 approved a similar amendment to its zoning ordinance.

At the suggestion of Mayor Ben Sproul, the Kill Devil Hills Board of Commissioners this spring went further to encourage cluster home and cottage court development along N.C. 12 by reducing the lot width requirements for such projects from 100 feet to 75 feet.

As for SAGA’s site plan, it was tabled on Nov. 17 at the recommendation of staff so that the company could submit required floor plans and elevations that were missing from the application.

“There is a lot of information that comes from floor plans and elevation that needs to be reviewed by staff and by the planning board that is not something that can be shown on an overall bird’s eye view site plan,” Assistant Planning Director Cameron Ray told the board before it tabled the site plan.

Gupta indicated that he would furnish those items so that staff and the planning board could consider the site plan for review, but he voiced some frustration over the process.

“There’s so much time, money and energy that goes into this, so much before you can get any kind of review or approval – tens of thousands of dollars,” Gupta noted. “And I am going against the grain – doing the cottages is much more difficult than doing the houses. This is where some of my frustration comes in. I feel like I am trying to do the right thing, and it seems difficult.”