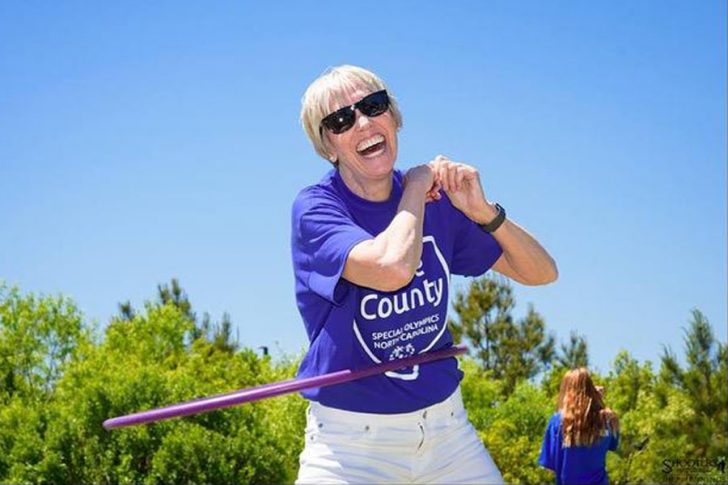 ‘Backbone’ of the program, Kathleen Morgan steps down

Six years ago, Special Olympics Dare County was a program struggling to stay afloat. With only three sports and a few dozen athletes participating, the program lacked an adequate number of volunteers as well as momentum. And it was in financial trouble.

But that changed in 2014 when Nags Head resident Kathleen Morgan took over the reins as local coordinator, breathing new life into the program with her enthusiasm, commitment, charisma and ever-present warm smile. After establishing the local program’s swim team a year or so before, Morgan, in her new role, set about to transform Special Olympics Dare County into what it is today.

And even as she officially steps down from her role as local coordinator this week, Morgan still plans to continue doing what she loves best – coaching and supporting the athletes she has mentored throughout her tenure.

“Although I’m stepping down from this position, I plan to stay involved by continuing to serve as swim coach, volunteering at Special Olympics events and assisting with fundraising endeavors,” Morgan announced in a recent post to the program’s page. Stepping into her role are Kelli Miller and Sandy Pace, who will serve as co-coordinators.

“I am so excited because I know it is going to do nothing but improve,” Morgan said. “They can take it to the next level, I can see it coming.”

Sam Iulo, Dare County Schools Special Education teacher and program director of Mane & Taill Therapeutic Horsemanship Academy, has worked closely with Morgan and calls her “the backbone of the organization.”

“I do not have the words to describe how much Kathleen impacted Special Olympics in Dare County,” Iulo asserted. “Kathleen grew the local program tremendously by recruiting volunteers, coaches, and the entire community to support the many athletes in Dare and the surrounding counties.” 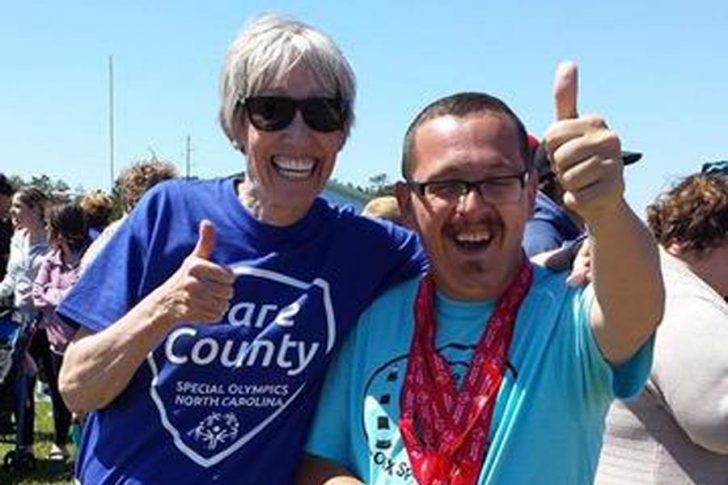 Under Morgan’s leadership, the program has grown to include roughly 116 athletes from Dare County and surrounding counties who participate and compete in nine sports – everything from track & field, cheerleading and swimming to bocci ball, bowling, horseback riding and basketball.

Annual community fundraisers, growing local awareness and support along with monetary grants have turned the program into a thriving one where athletes are able to participate in regional and state competitions as well other events. The organization hosts invitational competitions that attract regional athletes as well as holds other activities for intellectually and developmentally disabled residents of Dare County and surrounding counties.

That year, the program also received a $5,000 grant from the Outer Banks Community Foundation for the first time, along with its first $3,000 grant from the North Banks Rotary Club. The local Fraternal Order of the Eagles and Knights of Columbus have also been instrumental in helping the program financially and supporting and bolstering the annual Spring Games, Morgan said.

In addition, Special Olympics Dare County holds an annual Pig Pickin’ fundraiser at Outer Banks Marina in Wanchese each September, a popular and successful event that draws many community members.

As for the program’s success in recent years, Morgan notes, “So many things have happened that have just been perfect timing for this program.” Morgan, along with her husband, K.E., heads up the coaching for the swim team, which has grown from six swimmers when it started in 2013 to 65 athletes today.

After taking on the role as local coordinator, Morgan quickly went to work spreading the word of the program in the local community. “Every person that I talked to, no matter where I was, I mentioned Special Olympics. And they weren’t even aware that it was here on the Outer Banks,” she recalls. “I would coerce them into coaching, volunteering and fundraising.”

Noting that fundraising began to quickly take off, Morgan added, “We have sponsors all over this island. Our community is wonderful…most of them don’t want to be mentioned, they will just ask us, ‘What do you need?’”

During her six years at the post, Morgan’s primary focus has always been on providing intellectually disabled residents of all ages with the opportunity to experience the positive benefits of sports and physical fitness. But Morgan is the first to say that she is the one who has benefited most from her time with the program.

“I think I have a good connection with the athletes because I don’t treat them any differently as I would my sister, or you,” she says. “I don’t see the disability because they have abilities that we would never have…they are role models for our world.”

For the athletes, participating in Special Olympics not only helped them physically to get in shape, but also provided a social outlet. “They get to meet a ton of people, locally, regionally and on the state level,” Morgan noted.

A familiar saying, whether athletes and coaches are on the pool deck, basketball court or some other athletic venue, Morgan said, is, “‘We don’t say we can’t.  We say we’ll try.’ And they’re so proud. They themselves accomplished something, or one of the other swimmers or basketball players. They all are there, they cheer each other on and it’s just exciting.”