WHAT TO WATCH ON TV
Stream On: Shooting star Robert Pastorelli 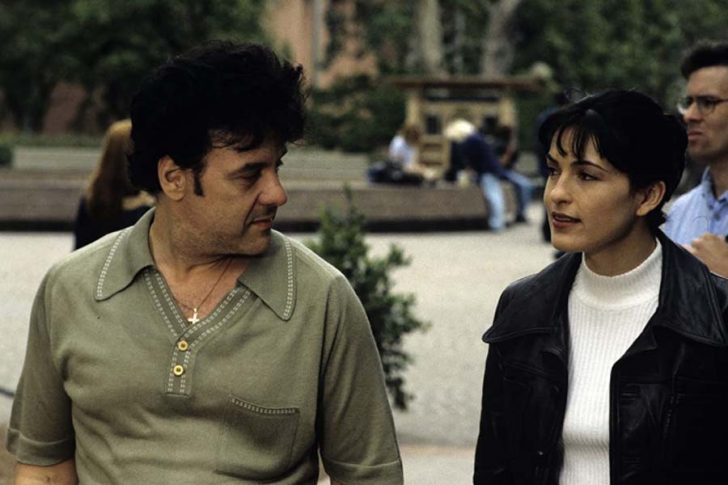 Pastorelli was joined by Mariska Hargitay in the pilot of Cracker, two years before she went on to the A-list in Special Victims Unit. (IMDb.com)

I saw a familiar face recently on [Newhart] (1986), one I hadn’t thought of for a while. In one of his two appearances on the show, Robert Pastorelli played a prisoner on a work gang eating at the Minuteman Café. I don’t recall any dialogue, but his was an arresting presence.

The first time I remember seeing busy character actor Pastorelli [IMDb.com] was as “Eldin the housepainter,” from his breakout role on Murphy Brown [Wikipedia] in 1988, a crude but erudite secondary character who became an audience favorite. Pastorelli gained his own first show in 1995, Double Rush, a failed sitcom in which his character ran a Manhattan bicycle courier service, via Diane English, Murphy Brown’s producer. But I recall best his own 1997 TV police procedural Cracker, and his pivotal role in the 1993 film Striking Distance, starring Bruce Willis. (He had minor roles in Dances with Wolves and Eraser, among others.)

Pastorelli had initially intended a career as a professional boxer, but abandoned the sport after being injured  in a near-fatal high-speed car crash at the age of 19. His acting career went into decline after the death of his girlfriend under mysterious circumstances at his home in 1999, and he died of a narcotic overdose in 2004 [Hollywood.com].

Cracker, aka Fitz and Mind Over Murder, was a remake of a British show starring Robbie Coltrane that I have yet to see (and which is streaming only on Britbox). “Gerry ‘Fitz’ Fitzgerald (Pastorelli) is an unconventional but brilliant psychologist, an insulting, nosy, loathsome individual. To be able to pay the bills, he gives lectures at colleges, has a small practice in a mini-mall, and his own radio show. He also helps the Los Angeles police solve difficult cases, thanks to his own quirks and perversity which give him an uncanny ability to get inside the criminal mind. But only when he does not have to deal with his own demons: drinking, gambling, extramarital affairs, and a tense relationship with his wife Judith and his 17-year-old son Michael” (Wikipedia).

Cracker’s flawed protagonist was a new trope to American TV; sympathetic gangster Tony Soprano didn’t come along until 1999, and The Shield’s Vic Mackey debuted in 2002, and while Fitzgerald didn’t kill anyone in cold blood, he could still be unsettling if one were expecting another Columbo.

Often drunk and usually obnoxious (even his efforts at charm are transparent), his appeal to the viewer comes in his innate psychological acumen, and the force of his personality. (Annoyed by a therapist, he has a Gamblers Anonymous meeting betting on a display of cards five minutes into his “I am a gambler” speech.)

Fitz and his demons bring to mind [Dr. Gregory House] (who went on the air in 2004), and his cases are similarly unique and ingenious. And Pastorelli was outstanding, playing a level of intelligence that can’t be simulated.

Cracker was professionally recognized with only a nomination for its casting in 1998, but it has a 60% rating on [RottenTomatoes.com]. I say it’s a keeper, and [here’s a trailer] to help convince you. 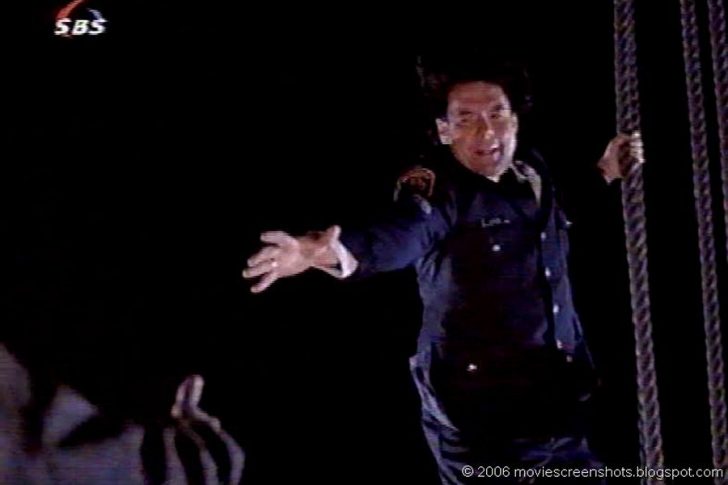 Striking Distance, after an intriguing opening depicting a murder, opens with lurid titles (it was the early 90s), featuring dated electric guitar flourishes on the soundtrack, but it gets your attention. The story’s background is filled in quickly via a TV news broadcast watched by protagonist Tommy, played by Bruce Willis, as he prepares to attend a policeman’s ball with his father (John Mahoney, Fraser), another cop. They are soon roped into a car chase that would make the producers of The Blues Brothers proud, culminating in a final crash in which Mahoney’s character dies (offscreen, by gunshot), but the unseen suspect escapes.

Forward to a courtroom where Tommy’s cousin Jimmy (Pastorelli), his partner, fails to show up for sentencing on a charge of brutality, which was cinched by Tommy’s testimony.

Next we are on a bridge in the rain as Tommy’s uncle attempts to talk Jimmy down from jumping into the Allegheny river. Pastorelli shines here, as a panicky subject out of his depth. “Cops don’t go to prison, dad! I don’t go,” before he jumps and is swallowed by the waters. (We haven’t seen the last of him yet.)

All this is a prelude; “two years later” we see a habitually drunk Tommy working as a Pittsburgh River Rescue cop, discovering an ex-girlfriend dead in the river, similar to the original murder, and leading to a boatload of action.

Director and co-writer Rowdy Herrington once earned a Razzie nomination for Worst Director on Road House, but redeemed himself somewhat on Striking Distance, aided by good performances from Willis, Sarah Jessica Parker, Dennis Farina, Tom Sizemore, Timothy Busfield, and Andre Braugher. The individual scenes are tight, but the film sprawls at times; still, Pastorelli’s turns make it well worth sitting through a few commercials to watch. It received no love from the critics, although Vincent Canby went against the tide to say “If Striking Distance were a book, it could be called a good read. Instead, it’s a painless watch” (N.Y. Times). [Here’s a trailer]; bring popcorn!

Double Rush [IMDb.com] really seems to have fallen into the Memory Hole; all I could find was its pilot, [in three parts] on YouTube. It was pretty good, with a few very funny lines, like Taxi on two wheels. I may recall it as better, as I worked some as a Manhattan bicycle messenger back in the day.

Next time, a parade of clones, and denizens of the Uncanny Valley.