So many storms, they needed the Greek alphabet 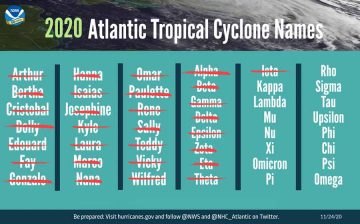 The National Oceanic and Atmospheric Administration reports that the 2020 Atlantic hurricane season officially ended on Nov. 30 with a record-breaking 30 named storms and 12 landfalling storms in the continental United States.

The 2020 season got off to an early and rapid pace with a record nine named storms from May through July, and then quickly exhausted the 21-name Atlantic list when Tropical Storm Wilfred formed on September 18. For only the second time in history, the Greek alphabet was used for the remainder of the season, extending through the 9th name in the list, Iota.

This is the fifth consecutive year with an above-normal Atlantic hurricane season, with 18 above-normal seasons out of the past 26. This increased hurricane activity is attributed to the warm phase of the Atlantic Multi-Decadal Oscillation (AMO) — which began in 1995 — and has favored more, stronger, and longer-lasting storms since that time. Such active eras for Atlantic hurricanes have historically lasted about 25 to 40 years. An average season has 12 named storms, six hurricanes, and three major hurricanes. 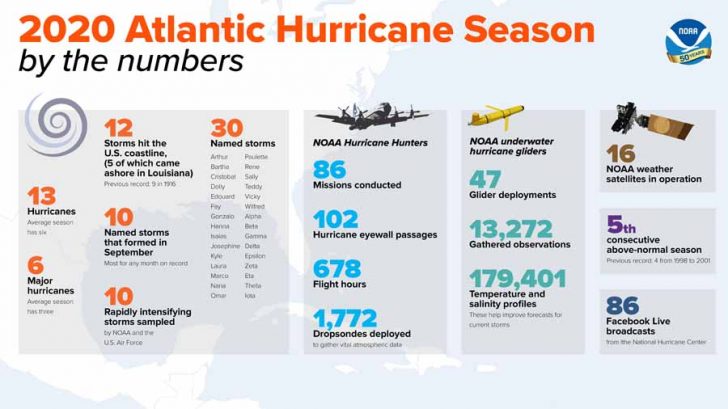