GETTING TO KNOW...
The Dare County Arts Council and Executive Director Chris Sawin 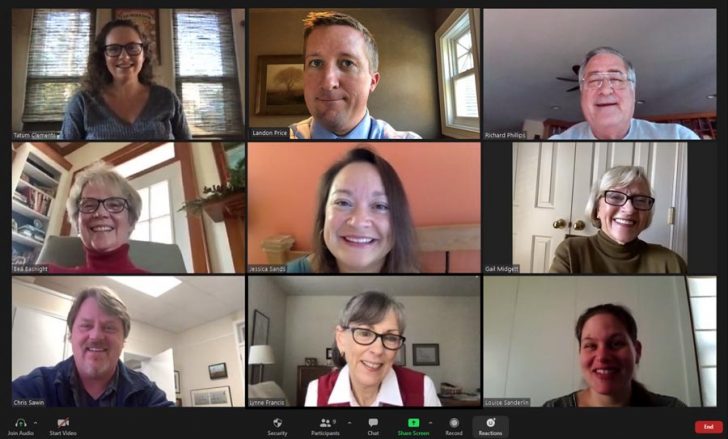 “Getting to Know…” is an ongoing Voice feature looking at some of the people who make the Outer Banks tick, the businesses, charities, and governmental departments they work for and their personal passions and pursuits.

The DCAC: Adapting in a time of crisis

Along the historic Manteo Waterfront stands the old Dare County Courthouse. When a new courthouse was built along Highway 64 on Roanoke Island, the Dare County Arts Council (DCAC) moved in and breathed new life into the abandoned structure. The DCAC is a charitable non-profit organization dedicated to encouraging the arts in Dare County through advocacy, enrichment and opportunity, believing that “the Arts are essential to the creation and sustenance of a thriving, vital community.”

Along with everyone else in 2020, the DCAC has been buffeted by the COVID pandemic and the organization has had to pivot and adapt during the crisis. Yet, it has remained true to its mission statement. When we sat down with Executive Director, Chris Sawin, we asked him to describe how the DCAC worked through the initial Phase 1 lockdown, which shuttered the facility from March until late May.

As Sawin noted, during the height of the first wave of lockdowns, “The staff and board of directors at DCAC are a naturally proactive bunch, so everyone hit the ground running when the lockdown went into effect. There was no grand plan, we just sort of naturally broke off into four teams – oversight, gallery, digital and fundraising.”

“Our executive committee, led by president Richard Phillips and treasurer Landon Price, met weekly to manage the crisis.  Our entire response started with the board,” Sawin said.

The gallery team (Lynne Francis, Lou Sanderlin, Erin Johnson and Janet Wiltshire) reached out to all the DCAC artists by phone to make sure everyone was doing well and to see how the DCAC could help. Within a week of the lockdown’s end, the gallery was up and running.

During the lockdown, the DCAC turned to the digital world to maintain a public presence. Sawin explains, “Jessica Sands and Tatum Clements took on the task of creating new digital programs,” such as virtual exhibits and classes, livestreamed performances and online sales.  “They reimagined many of our in-person programs to thrive in a socially distanced reality. Two of their most impressive creations have been The Courthouse Sessions music series and the ‘remotely reimagined’ Artrageous virtual art event for kids.”

Some events, including fundraising, took a hit. Live events constitute the bulk of the council’s public presence and fundraising efforts, and all of that was wiped out by the pandemic. Even with the gallery re-opened, large events are still off-limits due to social distancing and crowd-gathering restrictions.

Early on, the DCAC’S fundraising chairs, Bea Basnight and Gail Midgett, took a bold step and decided to cancel the annual fall gala. They worked on other ideas to entertain and engage donors and continue that work as the gallery reopened in Phase 2 of the state’s COVID guidance — “turning lemons into lemonade” as Sawin describes their work.

The lemonade took the form of the Great Art Heist, a hybrid auction with works donated by local artists “who came to our rescue,” Sawin recalled, “saving our year,” thanks to the generosity of the artists and donors who participated in the event.

Chris Sawin: The ‘Fifth Beatle’ and his passion for music

Like many leaders of charitable organizations, the DCAC’s Executive Director, Chris Sawin is uncomfortable shifting the public focus from the organization to himself. With some cajoling, however, we were able to learn a bit more about Chris, his journey to the Outer Banks and the Arts Council, as well as his interests outside of work.

It’s no surprise that one so involved in the arts is also an artist in his own right.

Sawin is an active musician and music has been a major part of his career. He plays piano and works with several local bands in the capacity of the “Fifth Beatle,” explaining that he’s only called upon to perform when the gig pays enough to support a cast beyond the usual guitar, bass and drum slots. You might catch him working with local bands such as SoulOne, Formula and Jeremy and Generations, as well as the Blue Crab Boys, a band that only plays charitable events and small parties.

Traveling back in time to 1992, Sawin served for eight years as a Senior Vice President and CFO of Chapel Hill-based Mammoth Records. Music fans will recognize the label for its impressive list of signings which include the Squirrel Nut Zippers, Fu Manchu, the Backsliders and others that made Mammoth the first indie record label to produce two platinum-certified records.

The label was eventually sold to Disney, and Sawin spent the next decade as the Vice-President of Business Development at North Carolina based Batanga — one of the first online music streaming services aimed at Hispanic and Latin America audiences. Their online streaming application actually pre-dated Pandora’s by a couple of years.

In 2010 Sawin landed at yet another North Carolina start-up, this time at Zenph Sound Innovations as the Vice President of Marketing. Zenph was cutting edge, using proprietary software to capture not only the sound of performers, but the essence of their performances —tempo, timing, hand and body gestures that also contributed to the unique sound of a performance as much as the notes on a page.

The company ran out of funding in 2011 and Sawin took a year off to be with his children. In 2012 he came to the Dare County Arts Council. The move made sense for one compelling reason — family.

Sawin’s parents came to the Outer Banks in 1974. His wife’s parents moved here 20 years ago, so “the whole clan is here, four generations,” he says.

When asked about spare time pursuits, Sawin describes that concept as “a myth, fake news,” but allows that he and his wife Karen like to get away for long weekends, explaining that the act of simply “imagining our next trip keeps us going.”

When we asked for one thing about himself people might not know, Sawin recalled a period of time from his college days when he and a friend, Michael Klein attended UNC. They discovered an underused trove of old VHS movies one could check out in the AV Department. He and his friend watched nearly 100 films in tiny cubicles through headphones.

“These were movies that never made it to the little Colony House Cinema in Nags Head —Citizen Kane, Vertigo, Body Heat, The Godfather…” His favorites were Blade Runner and Chinatown and Sawin considers this one of the “most important chapters in his education.”

Wrapping up our interview Sawin’s thoughts turn to the artists and performers in the community.

“Everyone I work with is so versatile.  Everybody out there has a couple side hustles.  I know bartender drummers, reservationist painters, bookkeeping surfers, songwriting bankers.  It’s such a luxury to live in a community of creative people who refuse to be pigeonholed,” he concluded.