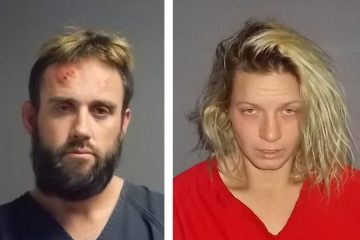 On December 3, at approximately 12:02 a.m. the Currituck County Sheriff’s Office took over a pursuit that started in Southern Shores. The initiation of the pursuit with the suspect vehicle started on the Wright Memorial Bridge area. Deputies continued pursuit as stop sticks were deployed in front of the Weeping Radish restaurant. The suspect’s vehicle struck the sticks and pulled into the Shell Station.

The suspects, now identified as Zachery Marion and Chynna Thompson, did not adhere to the commands to exit the vehicle as the officers approached. A deputy attempted to assist the driver, Marion, out the vehicle and she drove off. The suspect vehicle fled northbound on Hwy. 158. Deputies were able to stop the vehicle after a short low speed pursuit due to blown tires. 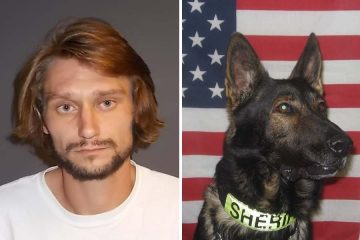 On Dec. 3 at approximately 1:30 p.m. the Currituck County Sheriff’s Office responded to 119 Raccoon Dr. for a fugitive subject wanted out of Richmond, VA for two counts of Involuntary Manslaughter. The deputies approached the residence as the suspect, Ryann Daniels, fled the residence on foot into the wooded area on the backside of the property. A K-9 unit accompanied by several officers tracked Daniels deep in the woods and took him into custody. He is being held at the CCSO detention center under a 500,000 bond.