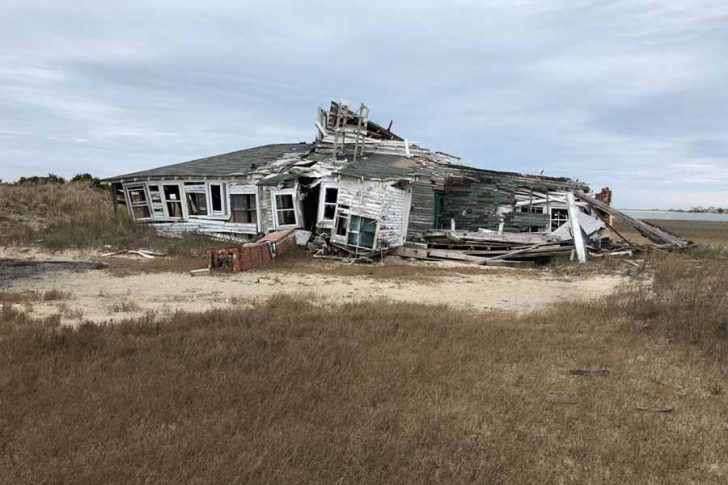 Casablanca House, also known as the Baker-Holderness House, near historic Cape Village on South Core Banks, is one of six historic structures that have become unrecoverable. (Photo: National Park Service)

For centuries, the natural-barrier islands that make up Cape Lookout National Seashore (North Core Banks, South Core Banks, and Shackleford Banks) has acted as a ‘shield’ for the mainland against ocean surges, and high-water events that are associated to Hurricanes, Nor’easters, and other weather-related phenomena. Of course, the park is also rich with human history and is home to many historic structures that are remnants of the lives and times of Eastern Carolina ancestry.

“As many of you know, I have put a lot of blood, sweat, and tears into trying to get us back on track with the preservation of these buildings”, says Jeff West, Cape Lookout National Seashore Superintendent, “Deterioration, lack of attention, and our environment have all contributed to the loss. I truly regret it and will do everything I can to get the remaining structures repaired. To honor the women and men who made a living out of these buildings, we will put up waysides at each location to commemorate their contribution to the culture and history of the banks.”