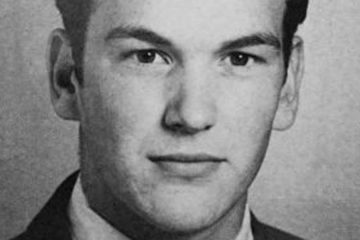 Joseph Earl Glover, age 77, of Ferry View Lane, Knotts Island, NC entered the portals of Heaven on Wednesday, December 2, 2020 at his home.  Born in Nash County, NC on April 3, 1943 to the late Ceba C. Glover and Ruth Carden Glover, he was the husband of Joan Medlin Keith.   He served his country honorably in the U. S. Air Force.  He was the owner/operator of his own electrical business.  Mr. Glover was a member of Pine Level Pentecostal Holiness Church and the American Legion.  He was an avid fisherman who, in his younger years, crafted his own boats.

In addition to his wife, he is survived by three sisters, Peggy Horton, Alice Ray, and Betty Lou Taylor all of NC; a brother, Kenneth Glover also of NC; several nieces and nephews; and his two cats, Calli Cat and Hot Rod, whom he loved very much.  He was preceded in death by his loving partner of thirty years, Suette Ellis Sullivan.

The family would like to thank Community Hospice of Elizabeth City and their many friends (both here and in Durham) for all the loving care given. A service will be held at a later date.  In lieu of flowers, memorial donations may be made to the charity of your choice.  Twiford Funeral Home, 405 East Church Street, Elizabeth City, NC is assisting the Glover family. Online memorial condolences may be sent to the family at www.TwifordFH.com.