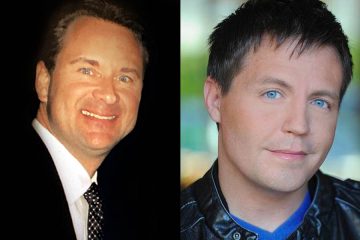 There is hope brewing for the coming season of The Lost Colony after a difficult 2020. For only the second time in the 84-year history of the play, the curtain did not come up this past summer. The last time that happened was in 1944, during WWII.

As COVID-19 swept the nation, restrictions on gatherings and public health guidelines made it clear the play could not be presented in 2020. Without the revenue from the summer season, the Roanoke Island Historical Association (RIHA), the organization that produces the play, terminated five of the seven full-time Lost Colony staffers, including CEO Bill Coleman.

But as 2021 begins, there are some new people on hand at The Lost Colony and some new ways of thinking about how to build on a theater tradition that dates back to 1936.

In November, The Lost Colony announced the hiring of new General Manager John Ancona, who had been Director of Entertainment and Events at Herschend Family Entertainment, the nation’s largest family-owned themed attractions corporation.

“They own and operate theme parks, water parks and aquariums. They are very good at producing at a very high level and offering an exceptional guest experience,” Ancona said, also noting that The Lost Colony represents a return to his roots.

“I started as a performer in the nonprofit world and community theater,” he said. “And ever since then I have been a big fan and continue to want to support those organizations. I thought this was a great opportunity for me to give back.”

Back in October, RIHA announced the hiring of a new Lost Colony director/choreographer with an impressive resume — Jeff Whiting.

With his background in Broadway production and directing, Whiting seem well-suited for the type of outdoor theatrical production that The Lost Colony needs. In addition to his work on Broadway, he is the President of the Open Jar Institute, a theatre training institute…providing in-depth training for the next generation of theatre artists,” according to the website.

“I’m excited to be able to welcome new actors and young actors. There’s been a rich history of actors that have gone on from The Lost Colony to do wonderful things,” he said.

In addition to his other roles, Whiting has developed Stage Write Software, a platform designed for staging and choreography for theatrical productions. It may be that the combination of his knowledge of choreography, staging and software will create some of the most noticeable differences in the upcoming summer’s production.

“I can’t share everything we are doing because I don’t want to spoil the surprises we are planning. But we will be using some 3D projection mapping technologies and some really exciting new scenic developments which will be fun for the audience to observe and will help enhance the show,” he said.

Some things, however, will not change.

Whiting and Ancona are adamant that the play will continue to be true to Paul Green’s original script.

“When I first began reading and learning about it [The Lost Colony], I was thrilled to learn of its rich legacy,” Whiting said. “The intrigue of the real mystery behind the true story of the Colony is really fascinating.”

“Jeff is a major player in the Broadway community. He has been so diligent and so dedicated and so committed to preserving Paul Greene’s legacy. We are going to continue to tell the story. To keep his legacy alive,” Ancona said. “What I would say is that we’re going to raise our own bar, and we’re going to take this production to new levels of excellence.”

That effort to improve the play also involves including Native Americans in the production.

For the past few years, the Lost Colony had been trying to recruit Native Americans to perform the roles of the first inhabitants of the area — the Secotan and Croatan tribes — but with little success. That seems to have changed as the production team has reached out to the Lumbee Tribe and Harvey Godwin, the tribal chair.

“We know a big part of the story is about the indigenous folks who were here. It’s important to all of us that we get the depiction right so yeah we’ve been working closely with Chairman Godwin of the Lumbee Tribe,” Whiting said.

For Godwin, the process began when RIHA Board Chair Kevin Bradley contacted him.

“We read the script and looked at the video from I think last season, or the season before,” Godwin said. “There were some opportunities with the dancing and the choreography and trying to implement more of the true cultural American Indian experience into the play. Even down to the costumes, trying to get as accurate as possible.”

The tribe could also be a valuable source of performers for The Lost Colony production. The Lumbee Tribe will be resuming performances of the outdoor drama, Strike at the Wind, a play that tells the story of Barry Lowry, an 1870s Lumbee tribal member who led a band of Robin Hood like outlaws.

Godwin sees the play and The Lost Colony’s needs as a natural fit.

“We have our own outdoor drama production.…so there’s a tie in there,” he said. “Also we have UNC Pembroke here which started as the Indian Normal School in 1887. They have a theatre department that works with us. So we have these two entities working together where we think we can help recruit American Indian talent for The Lost Colony.”