This Holiday Season, Remember the Risks of Driving Impaired 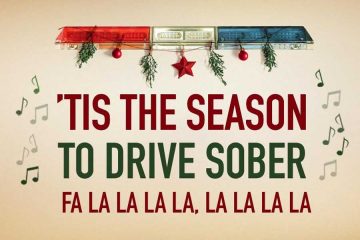 “One person is killed about every 50 minutes in a drunk-driving crash, totaling more than 10,500 lives lost each year.” This information from the National Highway Traffic Safety Administration is shared with you as a reminder of the dangers of driving while impaired by alcohol or another drug.

“During the Christmas and New Year holiday periods, we typically see an increase in drunk-driving deaths, and that’s why you’ll likely see more law enforcement on the roads as part of Drive Sober or Get Pulled Over. The campaign, which runs December 18-January 1, aims to educate people about the dangers and consequences of driving drunk.”

As we’ve seen since the public health emergency began, drivers are making riskier decisions when they’re behind the wheel — including drinking and driving. As the year comes to a close and a new one begins, make it a point to drive sober every day.

Have a Plan Whether You’re Driving, Riding or Hosting

Driving after drinking is deadly. Yet it still continues to happen across the United States. If you drive while impaired, you could get arrested, or worse — be involved in a traffic crash that causes serious injury or death.

Approximately one-third of all traffic crash fatalities in the United States involve drunk drivers (with BACs of .08 g/dL or higher). In 2018, there were 10,511 people killed in these preventable crashes. In fact, on average over the 10-year period from 2009-2018, more than 10,000 people died every year in drunk-driving crashes.

In every state, it’s illegal to drive with a BAC of .08 or higher, yet one person was killed in a drunk-driving crash every 50 minutes in the United States in 2018.

Men are more likely than women to be driving drunk in fatal crashes. In 2018, 21% of men were drunk in these crashes, compared to 14% for women.

Many Substances Can Impair Driving

Many substances can impair driving, including alcohol, some over-the-counter and prescription drugs, and illegal drugs.

Jo Ann Hummers, EdD, is a Licensed Clinical Addictions Specialist. She has a private practice at the Nags Head Professional Center. Her work includes DWI assessments and treatment, smoking cessation sessions, and treatment for gambling addiction.