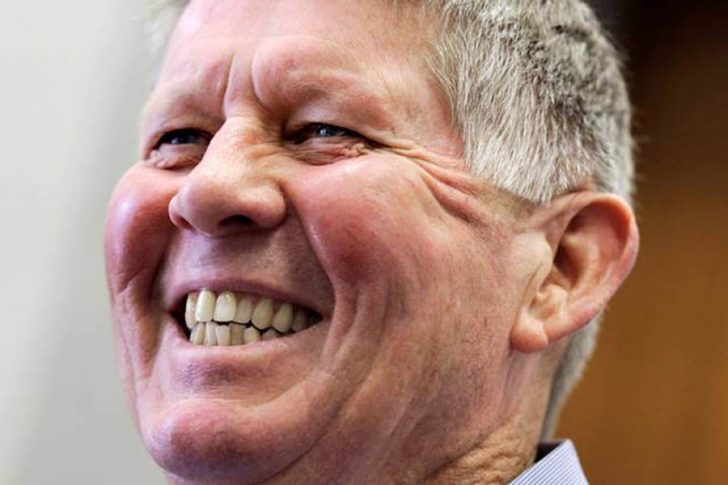 Marc Basnight, the Manteo native who was often called the most powerful man in state politics during his 26 years in the North Carolina Senate, died on Dec. 28 at the age of 73. He retired from that body in 2011 for health reasons and had stayed out of public view in recent years.

Tributes to Basnight, a Democrat, came in from both sides of the aisle. The Dare County Democratic Party announced his passing on Facebook, noting that, “It is with great sadness that we share the news that Senator Marc Basnight passed on this afternoon. His legacy will benefit the area and the state for many years to come.”

“North Carolina lost a giant today with the passing of my friend, Senator Marc Basnight,” said the state’s Democratic Governor, Roy Cooper. “His positive influence on our public universities, transportation, environment and more will be felt for decades. A man of great power and influence, his humble, common touch made everyone he met feel special…He believed in North Carolina and its people, and our state is stronger because of him.”

“With sadness and many fond memories the Dare County Board of Commissioners and the people of Dare County remember Marc Basnight,” said Bob Woodard, the Republican Chair of the Dare Board of Commissioners, in a statement. “Marc was a true native son for Dare County who worked tirelessly for those he served in Northeastern North Carolina. I was extremely fortunate to have a special friendship with Marc. He was someone I could always turn to and I will miss his smile, his encouragement, and his passion for Dare County…I appreciate all that he has done for the people of Dare County and the State of North Carolina.”

North Carolina Republican House Speaker Tim Moore also released a statement saying, “Sen. Basnight was a leader who cared deeply about serving his constituents to make a difference in the lives of all North Carolinians. Our thoughts are with his family as they honor his memory and we remember his lasting impact on this state.”

Basnight, who owned a construction company as well as the Lone Cedar Café, was also a former chair of the Dare County Tourist Bureau. He served in the North Carolina Senate from 1985 to 2011 and was President Pro Tempore of that body from 1993 to 2011.

In recognition of his contributions to Dare County, the bridge that replaced the Herbert C. Bonner Bridge in 2019 was named after Basnight.  At the ceremony marking the opening, his daughters read a statement from Basnight, who was not in attendance, declaring that “Bridges bring people together. They never divide.”

And as many observers note, his power in state government was legendary.

Seth Effron, the opinion editor for the Capitol Broadcasting Company in Raleigh, has covered North Carolina government and politics since 1985.

In an email to the Voice, Effron wrote that, “Basnight learned from Senate power players like the late Kenneth Royall (D-Durham), consolidated his experience and alliances (particularly with the late Sen. Tony Rand) and held on to the leadership of the Senate for more than eight terms. North Carolina has a relatively weak governor and Basnight’s understanding of both the legislative process and the way the state’s administrative bureaucracy worked gave him power and influence that stretched well beyond the halls of the General Assembly.”

“He was staunchly partisan – as would be expected,” Effron continued. “While there were strong partisan lines, it was a generally collegial atmosphere – which would seem quaint in these days of hyper-partisanship where there is an iron curtain between the two-party caucuses.”

In a piece written for the Voice days after Basnight announced he was leaving the NC Senate, Russ Lay paid tribute to his ability to deliver for his constituents.

“And so, it is probably unlikely Dare County, North Carolina or the country will see the likes of a power broker in the mold of Marc Basnight anytime soon, if ever,” he wrote. “Whether you were a supporter or a political opponent, there is no denying the senator his proper place in local and state history, and with his mistakes (and we all make them), much more good accrued to this formerly isolated and economically underdeveloped area known as Dare County.”

“Senator Marc Basnight was a legend in North Carolina. It is likely no one individual will ever hold the reigns of absolute power in this state like he did. He utilized his position for much good, and Eastern NC, an area often neglected in budgets in the years preceding Basnight, was now securely a big part of the biennial budget discussions and ultimate appropriations. Eastern North Carolina, and in fact the entire state, will forever be grateful to him and his family for his service.”